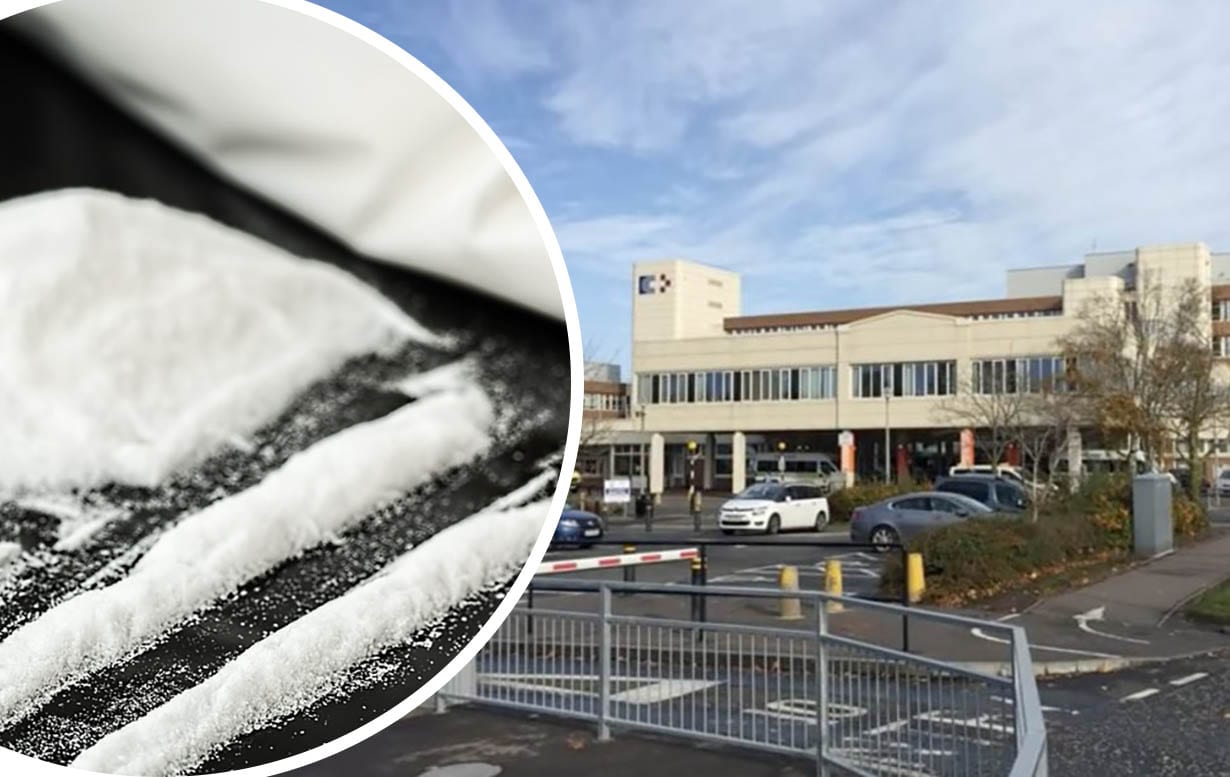 A man who told police “that’s a bit of a blow” when he was caught with an ounce of cocaine worth £1,000 at Craigavon Area Hospital has been sentenced to six months behind bars.

It was heard the defendant had pleaded guilty to the offences on the morning of the trial at the start of September.

The incident occurred at around 10.55am on September 18, of last year, when police who were attending Craigavon Area Hospital for an unrelated matter spotted Doran enter the premises over a wall.

Officers noted the defendant looked nervous and that he began to remove items from his person.

Doran was searched by police who found a Tupperware box filled with white powder, weighing scales and some deal bags.

A further search was conducted with tissue paper containing more white powder and a small bag of suspected cannabis were found.

It was heard that checks on the substances found them to be 28g of cocaine and a small quantity of cannabis.

When asked about the other items found on his person, Doran told officers the scales were for splitting up the cocaine to sell on.

Court heard that the defendant did have a record for drug offences, but these were simple possession charges.

It was also heard that Doran had a live four-month suspended sentence from January 2016 which he had been handed for a breach of a non-molestation order.

Defence barrister Barry McKenna stated the defendant had been stopped by police as he appeared to them to be under the influence of a substance.

He added that Doran had been interviewed without a legal representative but said the contest was not a case of the defendant trying to state he was under the influence at that time he admitted to the offences.

Court heard the defendant missed a court date previously after claiming to have been kidnapped by those who had supplied him with the drugs to sell.

Mr McKenna stated Doran had passed all drug tests taken in prison and had begun a course in bricklaying.

It was heard that the defendant had also been offered a job opportunity in England upon his release from prison.

The barrister told court that Doran did suffer from addictions and had begun taking cannabis at a very young age after a difficult upbringing.

He commented: “He has followed a path not unfamiliar to this court”.

Mr McKenna explained that the defendant had then become addicted to cocaine and had begun selling it as it was his only way of obtaining it.

He stated: “This was a young man in the throes of an addiction, chasing his tail to fund his addiction”.

The barrister argued that the way in Doran was caught showed the “lack of sophistication” in his operation.

Mr McKenna said: “He certainly did not have any great insight into the drug world trade”.

His Honour Judge Patrick Lynch stated: “You were caught in possession of drugs and had paraphernalia with which to split up and sell it.

“You are what is often described as a street dealer, on a very low level.”

He commented that Mr McKenna’s attempts to mitigate the crime by claiming Doran had addictions to drugs himself was of “limited assistance”.

The judge highlighted that the defendant had a conviction and a caution on his record for previous drug offences.

He finished by stating that unless there were “extenuating circumstances” the custody threshold had been met.

Doran was sentenced to five months in prison and 16 months on licence.

An additional month in prison was added to this after judge Lynch opted the activate the suspended sentence.