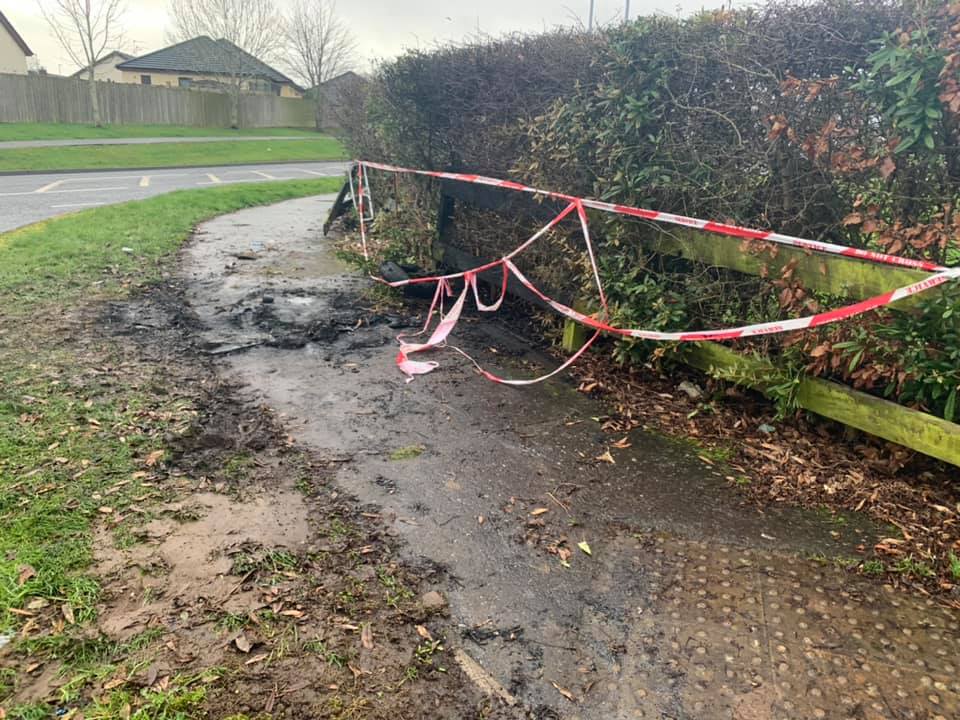 A 21-year-old man has been arrested following an arson attack in Lurgan this morning (Friday).

A Volkswagen Golf was smashed and set alight in the Beechcourt area of the town.

Two other cars were deliberately set alight the Beechcourt area of Lurgan on Wednesday morning.

Sergeant McCullough said: “Shortly before 1:15am, it was reported that a VW Golf car had been set alight in the area. It was also reported that a black Ford Fiesta parked also caught fire, due to being parked beside the VW Golf.

“It is believed that a wheel brace was used to smash the passenger side door of the VW Golf, which was then set alight.

“Both vehicles were completely destroyed as Northern Ireland Fire & Rescue Service attended and extinguished the fire.

“It is believed that a Honda Civic was also damaged during the incident. Enquiries are continuing and the incident is being treated as deliberate ignition.

“The man was arrested on suspicion of two counts of arson, criminal damage, attempted criminal damage and possession of an offensive weapon in a public place. He is currently assisting police with their enquiries.

It follows an incident on near the Moyraverty Centre in Craigavon overnight (main image).

Councillor Thomas Larkham explained: “I am informed that a car crashed into the fence and hedges at the junction of Moyraverty Road and Moyraverty Centre and subsequently was deliberately set on fire in the early hours of this morning.

“The car has been removed but I have reported the path to Council for urgent clean up and have made contact with PSNI to get a better picture of what happened here last night.

“In relation to this junction, I had previously requested some form of barrier/protection for those houses in Larkfield Meadows who are directly affected by this- DfI refused to do anything at this junction back then- but I will request this again.”

There is no indication whether these incidents were linked.