‘Shock’ and ‘disbelief’ after large knife thrown at family home 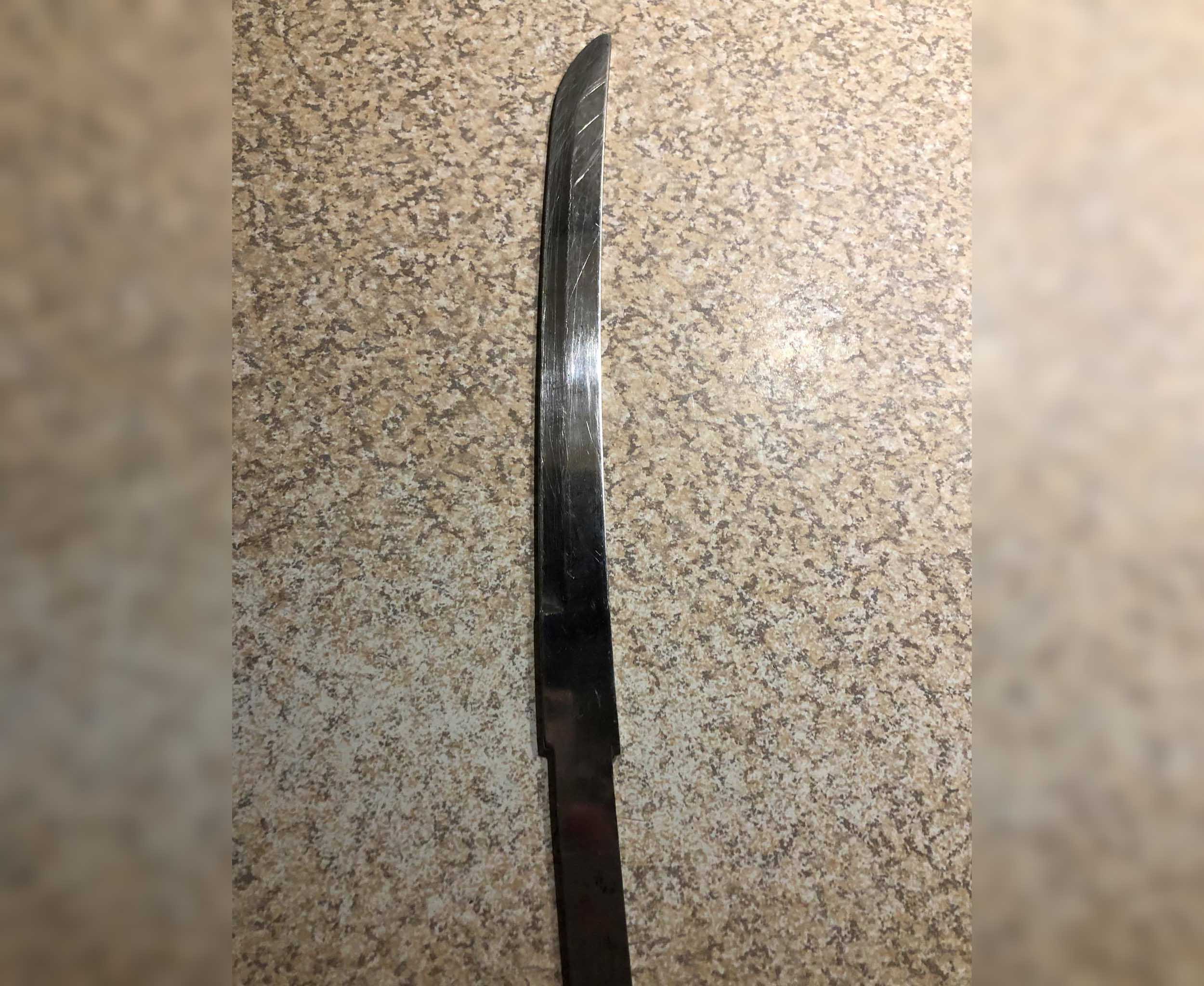 A large knife thrown at the door of a family home has been met with revulsion in a small Co Armagh community.

The large implement (pictured) was viciously launched at a home in the Meadowbrook area of Craigavon on Friday night.

“It appears there was a game of rap door run which many young people play,” explained Mr Tallon.

“However, someone brought it to a dangerous low when they threw a large knife at the door of a family home.

“Someone could have been killed or seriously injured as a result of this mindless incident. That anyone would think of even carrying such a blade is alarming.”

He added: “If individuals are going about with knives in their possession this will only end in tragedy.

“I would call on anyone with information about this incident to bring it to the PSNI. This incident went beyond any high jinks and we have to protect our young people and community.”

A spokesperson for Meadowbrook Community Association said: “While the big kids thought this was funny, playing a game of rap door run it wouldn’t have been so funny if a child was standing at that door, or anyone for that matter.”

Adding: “When two boys around 14/15 years of age were pulled by the resident she got verbally abused, which is unacceptable behaviour.”