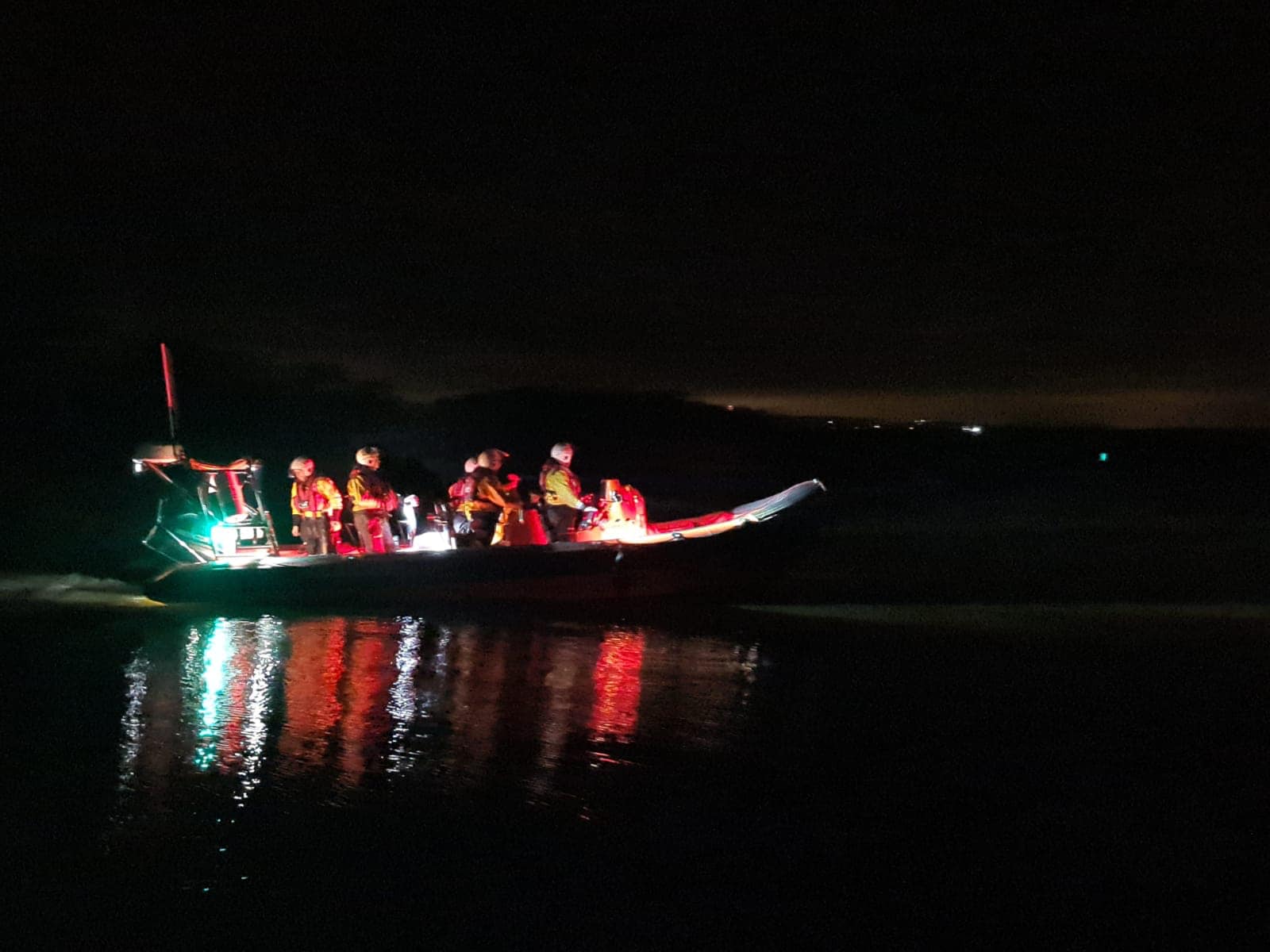 Lifeboats were tasked to the scene close to the island – a mile from the Maghery shoreline – around 9.10pm on Saturday.

After a quick search, the two stricken vessels were located in the Coney Flat area, in approximately two foot of water, which made access very difficult.

The Lough neagh Rescue Team, involved in the operation, said the onshore wind added to the equation creating a lot of swell, however the team were able to make contact and access both casualties and vessels.

“We carried out a lee shore rescue with two crew entering the water and where able to get a tow rigged on the first vessel with three casualties,” said a spokesperson.

“The vessel was brought to safety in Maghery to awaiting shore crew – Lough Neagh Coastguard Rescue Team where present.”

The decision was then made to launch the swift water boat from the slip at Maghery to assist with bringing casualties off the second vessel.

The spokesperson added: “With conditions being challenging this was not an easy task.

“Once in position our Milpro boat was able to pick up the casualties and transferred another four people to the main lifeboat, to be taken to safety in Maghery slipway.

“When all casualties were safe and accounted for, our boats proceeded back out to attempt and remove the vessel from rocks, after a lot of effort our crews were able to get the vessel floating and commenced a tow back to Maghery.

“Once the vessel was tied up our crew proceeded back to base; boat and van back in the base at 4am and re-fuelled for next tasking.”