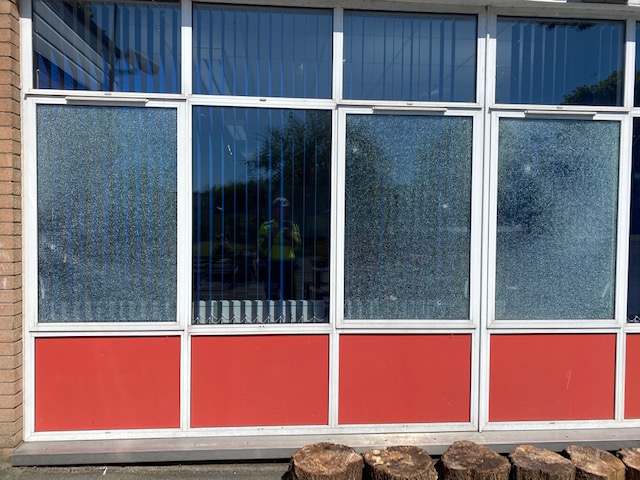 A Co Armagh school – currently being used to cater for the children of key workers – has had seven windows blasted by a pellet gun.

The despicable act happened in the Tullygally East Road area of Craigaon and police are appealing for information.

Sometime between 5pm on Wednesday and 8.55am on Thursday, seven windows were damaged.

Inspector Leslie Badger said: “It is believed that a pellet gun was fired at the windows, which caused the damage to the glass panes.

“Thankfully, no one was inside the property during the incident.

“This extremely reckless act targeted a school, which caters for the children of keyworkers in the local community who rely on this very important resource.

“The damage to the school will have a devastating impact to those children who attend.

“Our enquiries are continuing and we would appeal to anyone who witnessed anything suspicious in the area during this time period, to contact police on 101 quoting reference number 311 14/05/20.

“Alternatively, information can also be provided to the independent charity Crimestoppers on 0800 555 111 which is 100% anonymous ad gives people the power to speak up and stop crime.”