Residents concerned as youths gather to ‘drink and take drugs’ 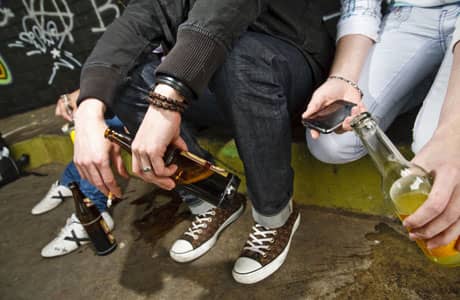 There were concerned those involved were drinking, with even some suggestions there was drug use.

SDLP party member Thomas Larkham said: “I have been contacted by several concerned residents in relation to the ongoing issue of dozens of young people gathering in and around the Tullygally shops and Pinebank areas of Craigavon drinking and taking drugs.

“This is a very serious issue which has been increasing over the past number of months and needs to be urgently addressed.

“We all have a part to play in finding a lasting solution.”

He added: “I have walked around the area this evening and the group appears to have moved on. I would urge all parents to contact their children to find out where they are and ensure that they are safe”

Concerns have been raised in the past number of weeks following similar incidents in the Meadows area in Portadown, as well as around Tandragee Recreation Centre.

Speaking earlier this month, Sergeant Peter Moneypenny said: “I am reminding parents that they need to be aware of where their children and young people are, what they’re getting up to and to talk to them about the danger of getting caught up in the moment and the possible outcomes they could face if they are found committing any offences.

“Police will continue to monitor reports of antisocial behaviour and respond appropriately, including focusing patrols in certain areas at particular times and working with the wider community .

“I would also ask if anyone in the area is concerned about antisocial behaviour or any sort of criminal activity, please contact us on the non-emergency number 101.”