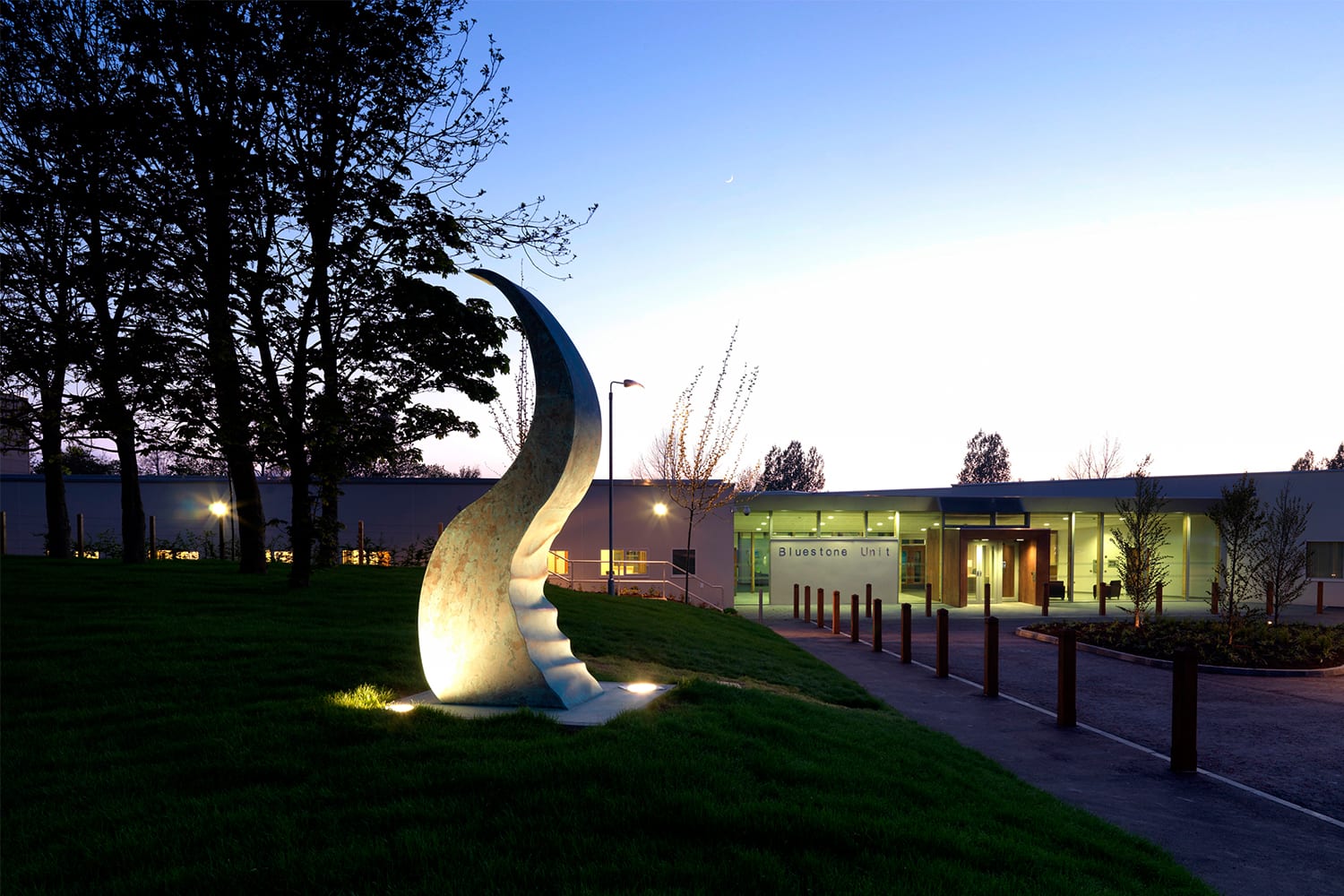 A psychiatric nurse who fractured the nose of a mental health patient at a Co Armagh hospital has been sentenced to nine months behind bars.

Details of the offence were outlined by his honour Judge Patrick Lynch, who said it was “with some regret” that he was handing down a jail term but added that the public must have confidence that patients “will not subjected to violence or humiliation by those into whose care they’re entrusted”.

It was heard the injured party had been a patient at the Bluestone unit at Craigavon Area Hospital, where the defendant was a nurse.

The victim was said to have mental health problems, including bipolar disorder and would often have “psychotic episodes”.

During his stay at the unit, the injured party had set fire to a room, thrown bins and made sectarian comments.

In the early hours of October 27, 2017, around 4am, Maguire had been working when the victim had caused a disturbance in the corridor, which was opposite the staff room.

The defendant and another member of staff worked to restrain the complainant, and during this attempt, the injured party had tried to punch Maguire.

After he was fully restrained the injured party would once more attempt to land a punch.

Maguire then delivered three “full blow” punches to the victim’s face in retaliation, resulting in the injured party falling to the floor.

Court heard the man was left bleeding profusely, but when more staff attended, the defendant claimed that the injury had been caused by his knee, as he attempted to restrain the injured party.

When examined by a doctor, it was found that the victim had suffered a fractured nose and abrasions to his face.

Judge Lynch stated: “The defendant made a report of the injury in which he repeated the lie that he had told to other staff.”

Defence barrister Charles McKay QC had stated at a previous hearing that the action had been “impulsive” and as a retaliation to the injured party’s behaviour.

He had accepted that the action was “out of proportion” but highlighted additional context to the offence.

The year prior to the offence the defendant had lost a young person who had been in his care and he had been suffering from depression.

Mr McKay had stated that Maguire had worked for the public health service for 38 years and “never put a foot wrong”.

He had also commented that the defendant had always known he would be exposed, despite his “bluff”.

Judge Lynch stated: “The defendant would have to have hoped that the CCTV was defective, his previous co-defendant did not give evidence, or that the injured party did not make a complaint.”

It was heard that Mr McKay had explained that this was an act of self-defence by Maguire.

Judge Lynch commented that he had received oral testimony from three of the defendant’s colleagues who “highlighted his professionalism and described the offence as out of character”.

He added that in making his judgement he would take into account Maguire’s early plea and clear record.

Judge Lynch stated: “The people in the care of the health sector need to know that they will be treated as dignified human beings and not be subject to violence.

“Assault on a patient by a member of the health service through retaliation cannot be tolerated”.

He continued saying: “You have a clear record and a long career in the NHS but the public interest must be supported.

“People must know that the loved ones, who are in the care of the NHS, will not be subject to this kind of mistreatment”.

Maguire was sentenced to nine months in prison.