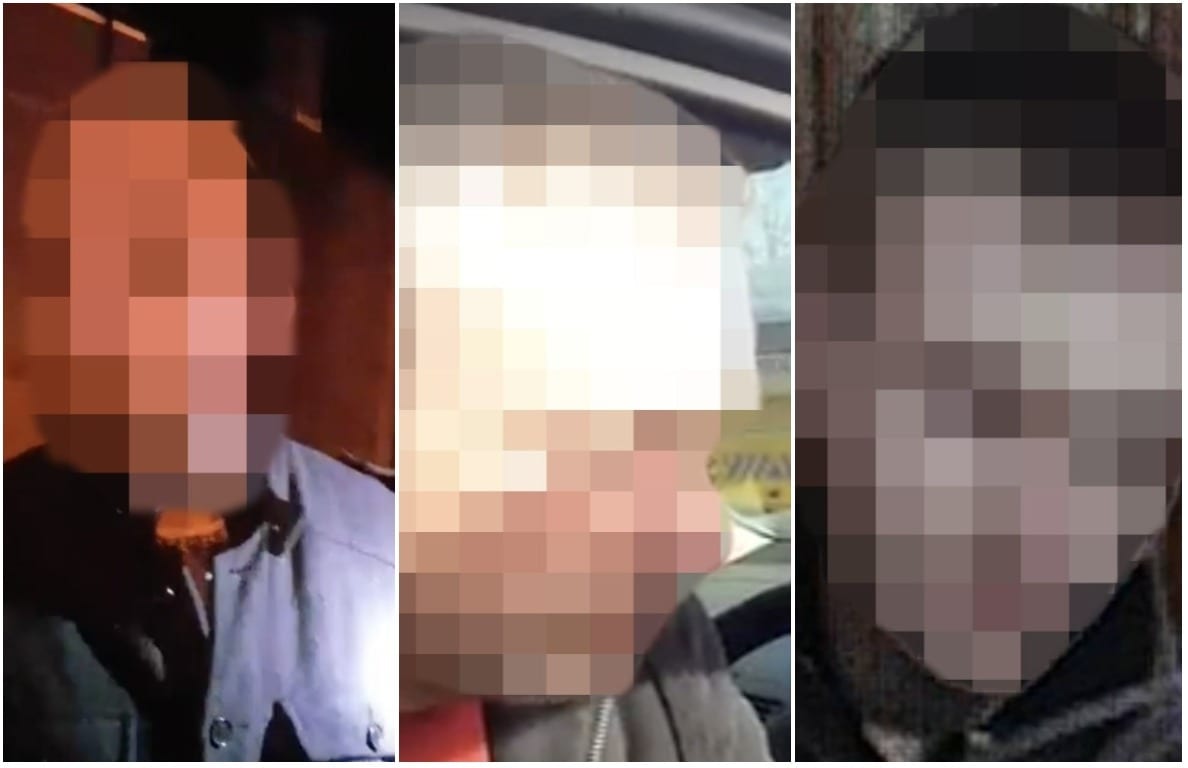 Police in Craigavon have responded to members of the public criticising how they handle cases involving suspected child groomers – especially those confronted by online social media justice groups.

An officer spent time detailing the reasons behind their approach in an impromptu, but in-depth, question and answer session on Facebook last night (Friday).

It followed their post confirming they had arrested a 34-year-old man in Lurgan on suspicion of attempting to meet a child following sexual grooming.

The suspect appeared on a Facebook Live video after he was challenged by members of a ‘justice’ group yards from his home.

While many have been supportive of these online vigilantes and their robust “stings”, PSNI have received criticism for their perceived lack of action in dealing with similar matters.

Responding to members of the public who questioned their approach, a PSNI spokesperson, explained: “If we took these stings (this is generally speaking, not in reference to a specific case) straight to court, the defence solicitor would say something like, ‘My client was cornered, put on camera, sworn at, called names, and asked questions aggressively. He said what he thought he had to say to avoid being assaulted. He insists that he did not send any messages’.

“How then do we prove messages were sent? Screen shots can be tampered with, fabricated, even just made up.

“Forensic phone examinations don’t lie. They also don’t take 30 seconds like in the films. Gathering actual proper evidence is time consuming, but without it, people will walk free.”

Responding to another person, the officer added: “If you want a conviction, it needs to be done a certain way.

“If however all you want is exposure, it then becomes a case of vigilantes wanting to take action.

“Due to the lack of thought process from these vigilantes in the recent past, we know that can involve a horrendous amount of risk to family, friends and neighbours.

“Petrol bomb attacks, arson, mistaken identity, even shootings. All of this puts others at risk. That forces us to move a suspect to protect others.

“So what has the exposure then achieved? Displacement. Now ask yourself if displacing an issue actually solves it, or simply makes it someone else’s issue?”

They also stressed that they had no control over the court sentences imposed and that “once we have carried out an investigation, all we can do is help with monitoring prevention orders and the like”.

There were several questions asking why a suspect is quick to be released if there is “evidence there for all to see”.

“[A person] can only be remanded if charged, and can only be charged if enough evidence exists. This investigation began only last night. To get evidence that is actually admissible in court takes time.

“Imagine it gets in front of court with what you saw in the video. A defence solicitor stands up and says, ‘my client was ambushed, taken by surprise, and in an attempt to avoid being assaulted said what he thought they wanted to hear’. He retracts all of that, and asserts that someone else used his profile.

“That leaves us with literally zero admissible evidence to link a suspect to particular messages.

“You may not like it, and the frustration is of course understandable, but it’s the rules of law by which we have to operate within.

“What constitutes evidence that is admissible in court is a very different thing, and that’s what we’ve got to go by.”

The officer continued: “Generally speaking, with these sting cases as a whole, screen shots don’t prove who sent them. As in other responses, all their defence solicitor would need to say is that they said what they said on camera out of fear, but that they denied sending the messages.

“Phones need to be analysed and checked to see what if anything has been deleted, what other chats are going on, and prove forensically that certain messages are sent from certain accounts.

“If someone claiming to be ‘in the know’ has told you that simple screen shots are enough to convict someone, then at best they have misled you, at worst, they’ve lied to you.”

Several people commenting referred to an incident in Banbridge involving a 21-year-old man, which saw a large crowd gather during an online “sting”, last weekend.

While commending police in Lurgan, they asked why their counterparts in Banbridge seemingly arrived and left the scene “without doing anything”.

The officer responded with: “Same district, same officers, same bosses. As I pointed out in another response, it’s about what else is going on at the time.

“In the Banbridge video, they keep mentioning a crew that was there at the start. That crew was there before the call had even been processed. That crew was in the area dealing with an aggravated burglary involving a man threatening people with a claw hammer. That crew caught and arrested a suspect for that.

“At the same time, another crew who was in town searching for the suspect found a guy matching the description but turned out not to be who they were looking for. That didn’t explain the stuff he was hiding up his jumper. Turns out he’d just stolen from a shop in an unrelated theft!

“A third crew was at a high risk domestic.

“That’s why it took what appears to be quite some time for a crew to arrive. Two with arrests, one at a domestic.

“A sergeant grabbed a spare bod in Lurgan station and blue-lighted over to Banbridge.

“The lights were necessary to avoid what was being threatened on camera – that he’d be left for the crowd.

“Not to mention the public order situation created by the live stream, which meant a TSG had to be pulled from anti-burglary patrols in South Armagh / Newry and were heading north.

“All in all, considering what was going on, a great response from our guys in Banbridge.”

While not wholly condemning the actions of the vigilante groups, police did question the approach by “some of the security” brought along to these online stings.

“There are various use of force powers,” the officer explained. “However in many of these videos it is clear that SOME of the ‘security’ are there to try and throw their weight around.

“I watched one last week where you can clearly hear one of the security tell another to take a walk and calm down.

“There are things on some of them said and threatened that, had it come from one of us, people would be calling for our heads.

“There are powers as I say, but very little of that side of it is approached in anything approaching what would constitute a ‘professional’ approach.”

They added: “Professional means a thorough investigation. Professional means securing all evidence, not using a live stream which would potentially allow friends or other offenders to delete evidence such as hard drives and memory cards while tens of thousands watch.

“Professional means catching the suspects in a way which won’t raise the question of a fair trial in court. Professional means doing it all to try and secure a conviction, not going against advice and carrying on in a manner which puts that at huge risk.

“It’s about what is admissible in court, or what would be kicked out of court. A test for whether someone can go to trial is whether they are guaranteed a fair trial. That’s why you rarely see images of people pre-conviction in the papers.

“If even one of these cases gets binned on a technicality, that does a disservice to victims everywhere, victims like you who deserve a proper, thorough, but professional investigation and court process.”