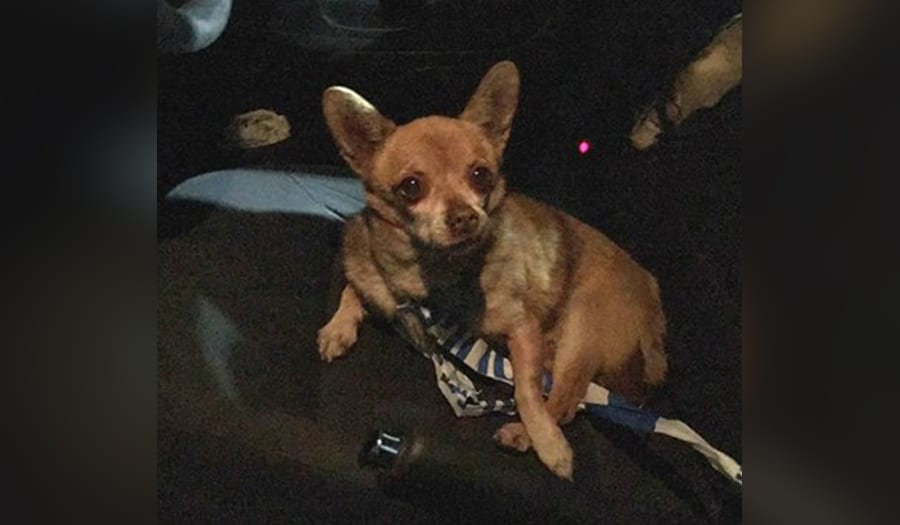 Police in Craigavon are desperate to find the owners of a dog they have described as “seriously anti-police”.

The chihuahua was found wandering around Lurgan in the early hours of this morning.

He didn’t take kindly to being stopped by officers, who were attacked and bitten by the miniature canine.

PSNI Craigavon posted the appeal on their Facebook: “Nigel was named by Wee N, who thinks that “he looks like a Nigel.” We stopped with him at around 330am on Ashleigh Crescent whilst on patrol of the Avenue Road area of Lurgan. Nigel didn’t want to play ball.

“He was subsequently arrested for jay walking, disorderly behaviour and 2 counts of assault on police. He’s got serious anger issues, and bit myself AND Big T. Wee N found this hilarious.

“Normally I’d make a joke about keeping him as a new PD if no one claims him. Not Nigel. He’s an angry wee man and is seriously anti police!

“He wasn’t wearing a collar and seemed to be coming from the Avenue Road towards Orient Circle or Carrick Drive.

“Please…find his owner. I like my fingers and don’t fancy their chances if he’s here another night. He’s currently sleeping on my jacket, which I have a feeling he’s not going to let me have back.

“Share this or tag any chihuahua owners you know. The incident number is 173 of 19/04/17. The owner will need to call up the station to get him…soon…please…

“By the way, in this photo he’s in the drivers seat. MY seat. He chased me out of my own police car!! Angry wee so and so. Of course, the main thing is that Nigel is safe. The roads are no place for a wee lad like him to be wandering at 3.30am.”