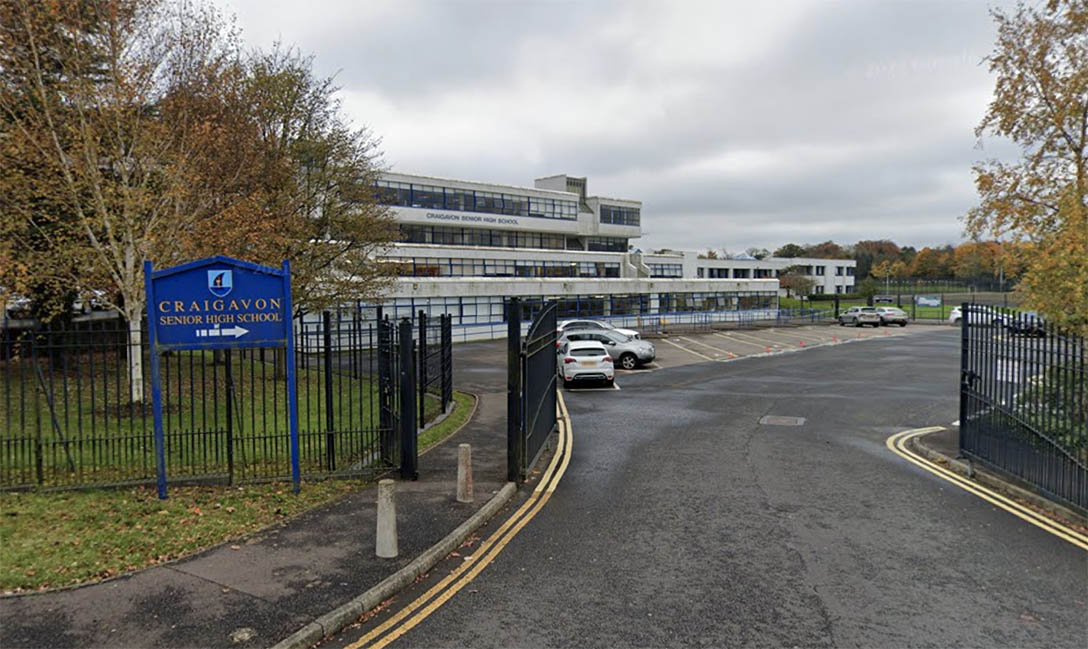 The Education Authority has already submitted plans for additional classroom accommodation for Craigavon Senior High School – just a week after making a development proposal to operate from a single site.

The school – with a 600-strong enrolment – currently operates from two locations, at Portadown and Lurgan.

The Authority’s plan is to close the Lurgan school and exist on a single site.

And in that regard, it is once again proposing that the school will operate from the sole location at 26-34 Lurgan Road, Portadown.

It is a move which would – if the development proposal is approved – take effect from September 1, 2022, or “as soon as possible thereafter”.

The proposal is now open to public consultation which would require to be considered before a final decision is made.

However, Armagh I can reveal that the Education Authority has already lodged a planning application for two modular classroom units, complete with toilet provision, to help accommodate additional numbers when pupils would transfer when the Lurgan school closes.

It is a development which would cost, according to Construction Information Services, in the region of £200,000.

They will be sited on “an existing shale pitch”.

Meanwhile, according to the planning application, extra car parking spaces will be located on “an existing grass area”.

The new classroom accommodation would represent close to 11,000 sq ft of floorspace.

And according to the planning submission will see an increase in teaching staff on site.

According to the Education Authority’s ‘case for change’ document, the “majority of the responses” received indicated support for an 11–16 Lurgan Junior HS.

But it adds: “While there are detailed statements in support of this option it would still be the opinion of the Education Authority that, in considering this option, this could be seen as ‘through stealth’ the Education Authority is undermining the Dickson Plan as this would provide an inequality within the Junior High Schools and the pathways for pupils within the other Junior High Schools could be detrimentally affected by this option.

“From the responses there was an argument that this option was still in keeping with the Dickson Plan, as pupils being accepted to the grammar school would transfer at 14, with those not going to grammar remaining at Lurgan Junior HS.

“Conversely to this, some respondents indicated that for pupils to transfer at 14 that this was detrimental to pupils’ education, as transfer at 14 resulted in pupils having to settle into a new school and teachers.

“However, within the option as Lurgan Junior HS is an 11-16 school, this would not apply to all pupils, only those not transferring at 14 to grammar education.

“An option raised by a small number of responses was for two all ability schools, one in Lurgan and one in Portadown. This option would be a move away from the Dickson Plan.

“Throughout all of the responses received, both for and against, there was support for the Dickson Plan.

“Transport was also a common issue for both those for and against. Those not in favour of the proposal raised concerns about the impact of travel times on homework, after school activities and impact on local sporting/social activities.

The ‘case for change’ describes the single site proposal as a “medium term strategic approach” for Craigavon SHS.

Longer term is anticipates to be between five and 10 years.

The statutory period for the public to voice their objections to the single site plan is currently open and will run until June.

It would be expected that the Education Minister will make a final decision in September.

But ahead of that, the Education Authority is pressing ahead with its plans for extra classrooms which would facilitate the closure of the Lurgan school.

And those plans for classroom accommodation are expected to be publicly advertised this week.