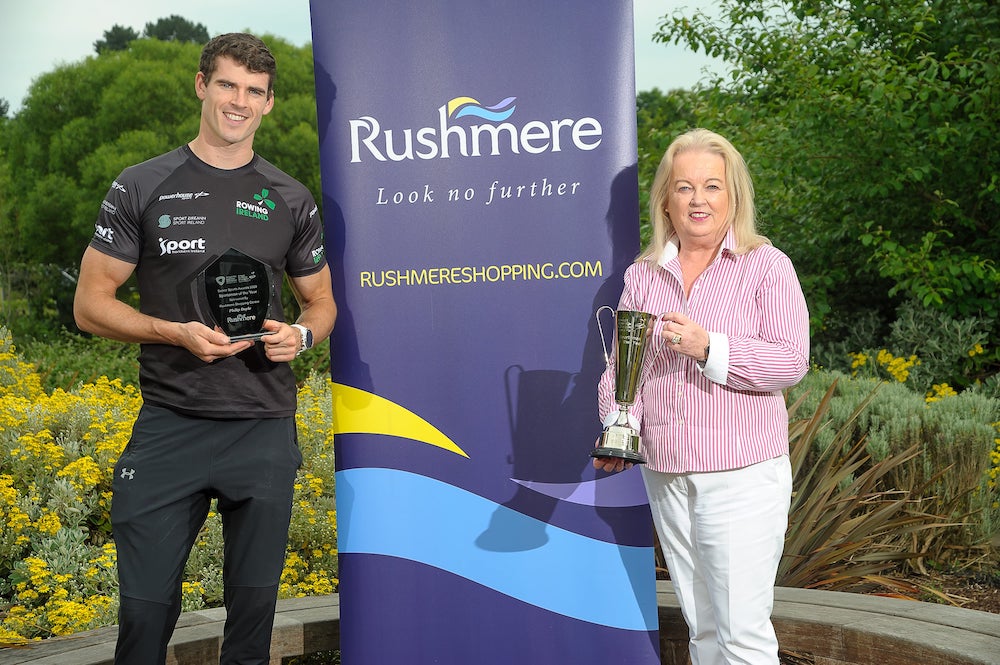 It was a very different format to this year’s Armagh, Banbridge and Craigavon Senior Sports Awards as the red carpet was rolled out virtually with the winners being announced via cyberspace by compere Denise Watson from U105.

With the unfortunate cancellation of the awards ceremony due to Covid-19 it was every bit as important for the council and the Armagh, Banbridge and Craigavon Sports Forum to celebrate what was an unforgettable year of sporting glory at a local level and pay tribute to the sports stars of the borough.

The new approach saw videos premiering each day on the council’s Facebook pages announcing the shortlisted nominees and winners in each of the nine categories.  Presentations were made to each recipient, albeit following strict social distancing measures, at Craigavon Civic Centre by representatives from the ABC Sports Forum, the Lord Mayor and Martin Walsh from headline Sponsor Rushmere Shopping.

Speaking at the award presentations Lord Mayor of Armagh City, Banbridge and Craigavon Borough, Councillor Kevin Savage, said: “We are always in awe at the level of excellence achieved in the sporting arena by the clubs and individuals in the Borough.  Participating at the highest level requires talent and dedicated determined effort, sacrifice and substantial support from backroom specialists, friends and family.  It is so important for the council to be able to recognise the incredible talents through these awards.  The honour that has been brought to the borough through their success in sport is greatly appreciated by all my fellow Aldermen and Councillors.”

The Sports Forum were overwhelmed, not least by the number of nominations, but primarily by the exceptionally high standard of achievement which included Ulster, Irish, and Great Britain representation, as well competing at European and World Level with no less than seven Olympic and Paralympic athletes who are hoping to compete in Tokyo next summer.

Chairman of the Sports Forum, Edith Jamison, said: “The wealth of talent in our borough is exceptional which is why it was important for us to be able to recognise these achievements, albeit in a different manor than we normally would.  I extend my thanks to the Lord Mayor for the support offered from Armagh City, Banbridge and Craigavon Borough Council which enables us to organise and celebrate the sporting excellence across the borough.  I would also like to thank our headline sponsor Rushmere Shopping Centre and each of the individual category sponsors.  Finally congratulations to all the shortlisted nominees and each of the category winners, and I wish you continued success in your sporting endeavours.” Senior Team of the Year sponsored by Ulster Carpets Senior Coach of the Year sponsored by Sport Northern Ireland Club of the Year sponsored by Armagh City, Banbridge and Craigavon Borough Council Runner Up Sportswoman of the Year sponsored by Rushmere Shopping Centre Sportswoman of the Year sponsored by Rushmere Shopping Centre Runner Up Sportsman of the Year sponsored by Rushmere Shopping Centre Sportsman of the Year sponsored by Rushmere Shopping Centre