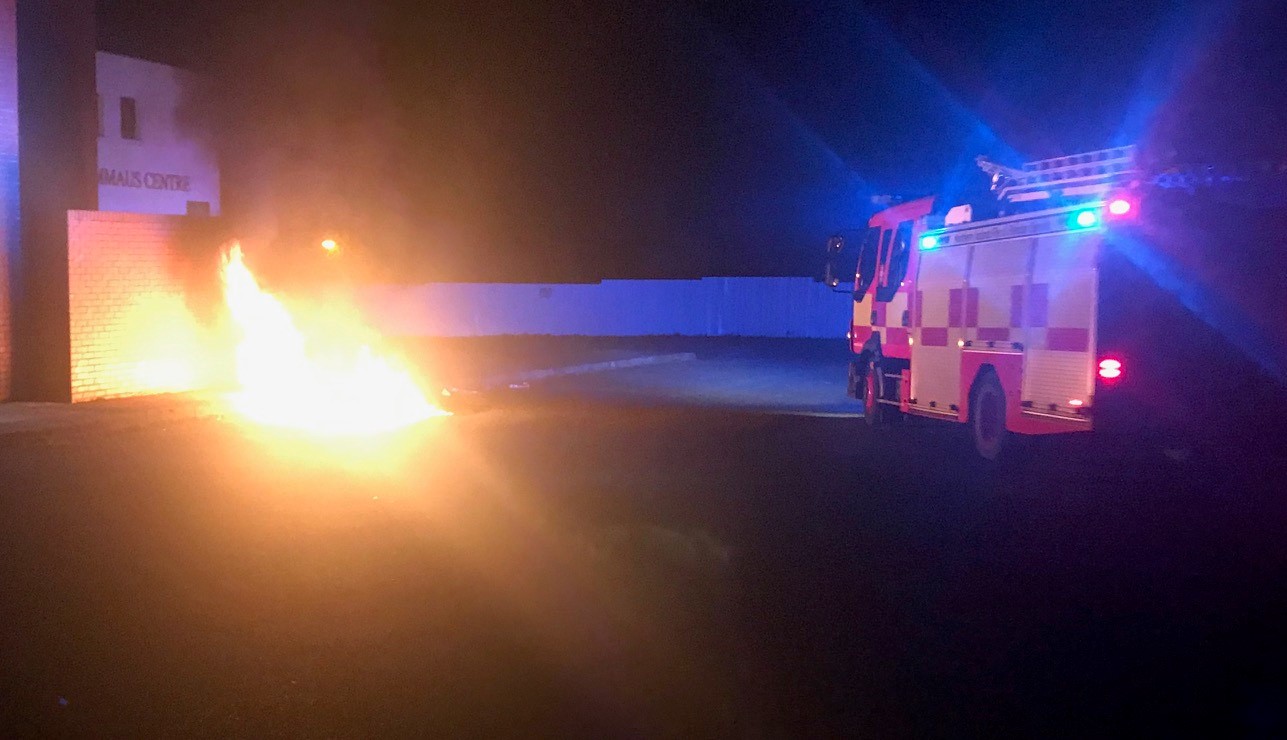 A community has been left outraged after two industrial bins were set placed next to a community centre and set alight in Craigavon last night (Wednesday).

SDLP Craigavon representative Thomas Larkham has expressed his deep concern after the bins, which were deliberately set on fire, were placed inches from an oil tank at St Anthony’s Parish Centre.

He said that only for the actions of fire crews, this incident could have ended in disaster.

Speaking to Armagh I he said: “I am totally outraged that there are people within our society who would carry out such an act of mindless vandalism.

“This was a very dangerous situation as these bins were burning within inches from the Centre’s oil tank.”

He added: “The Fire Brigade was alerted by myself and they arrived promptly because had those flames or hot ashes touched the oil tank we could have been dealing with a disaster which could have had catastrophic consequences for the local community.

“The intensity of the flames meant that firefighters had to douse the wall which houses the oil tank with water for a period of time.

“Thankfully there was nobody injured in this incident and no major damage was caused, however the Parish will be inconvenienced with having to bear the cost or replacing these bins which could run into several hundred pounds.”

“I would appeal to anyone with information relating to this incident to contact the PSNI on 101 or inform St Anthony’s Centre directly.”

A Northern Ireland Fire and Rescue spokesperson confirmed the fire as a deliberate arson attack.

Crews were called to the incident shortly after 10.30pm in the Tullygally Road area of Brownlow.

The fire was put out just before 11pm but crews remained in place dousing the wall with water given the proximity of the oil tank.