Nominate the best of the borough’s community champions 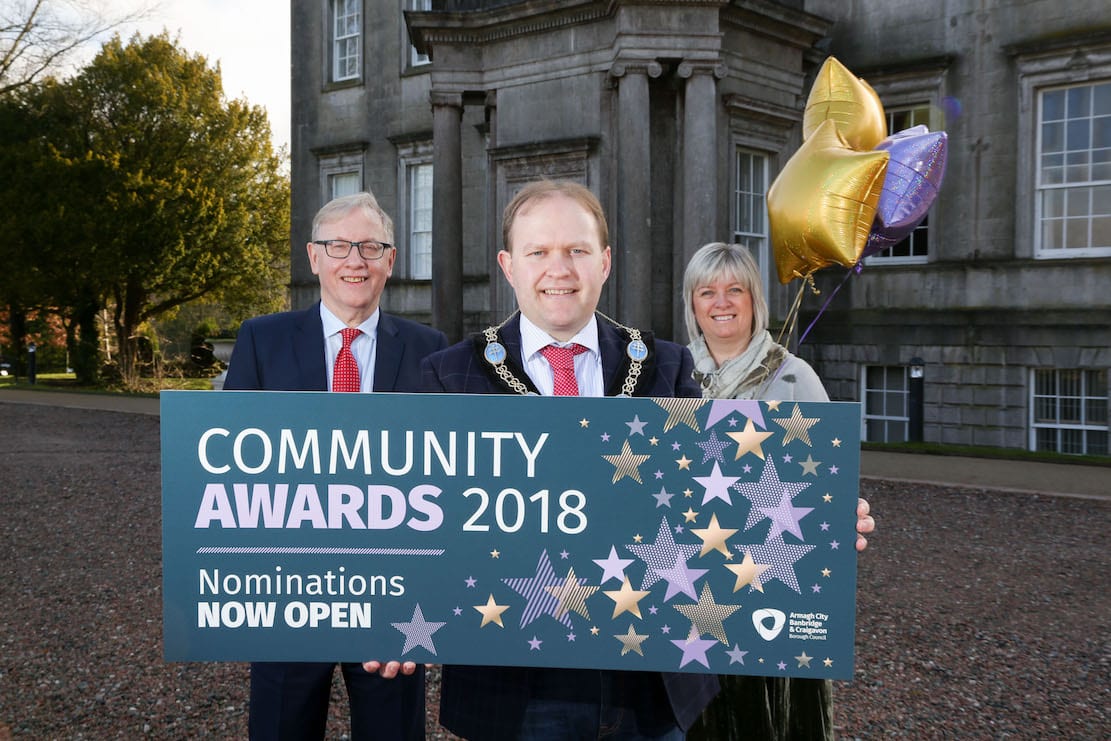 Nominations are now officially open for Armagh City, Banbridge and Craigavon Borough Council’s Community Awards, which recognise and reward extraordinary individuals and groups who have made a positive difference to the lives of others in the borough.

People who reside and work in the council area are invited to nominate potential worthy winners from all parts of the borough and all walks of life.

Perhaps you know a local group who has improved facilities in your area, a tireless charity fundraiser, a young person who has made a big difference in the borough, a community activist who has taken risks to improve community relations or a group that has carried out environmental improvements in their local area?

Speaking at the awards launch, Lord Mayor Alderman Gareth Wilson said: “Held every two years, this is the second time that the council is hosting these prestigious awards so that the crème de la crème of the local community, who work in a voluntary capacity, can be publicly lauded and applauded for the sterling work they do.

“These awards are our way of thanking exceptional people and groups for the incredible work they do within the community. It is an opportunity for us to officially recognise the commitment and effort of those who demonstrate outstanding citizenship.

“The wealth of wonderful work undertaken by groups and individuals operating in the borough’s thriving community and voluntary sector will be reflected across twelve award categories. So there’s plenty of scope for making these awards as inclusive as possible.

“I would encourage the public to get involved and nominate their chosen community champions.”

Individuals can be nominated in three categories: Volunteer of the Year; Lifetime Achiever Award; and U18 Youth Volunteer Award.

With the exception of the Lifetime Achiever Award and New Community Group Award, submissions for all other categories should relate to activities that have been undertaken within the last two years.

The closing date for receiving completed nomination forms is 12 noon on Friday 30 March 2018. Nominations will be considered by an awards committee.

The winners will be announced at a gala awards ceremony held in Craigavon Civic and Conference Centre on Thursday 10 May 2018.

Visit www.armaghbanbridgecraigavon.gov.uk/communityawards to find out more about the award categories and qualifying criteria. Completed nomination forms can be submitted online or in hard copy.

For further information about the Community Awards 2018, call 028 3752 9600 or email communityawards@armaghbanbridgecraigavon.gov.uk