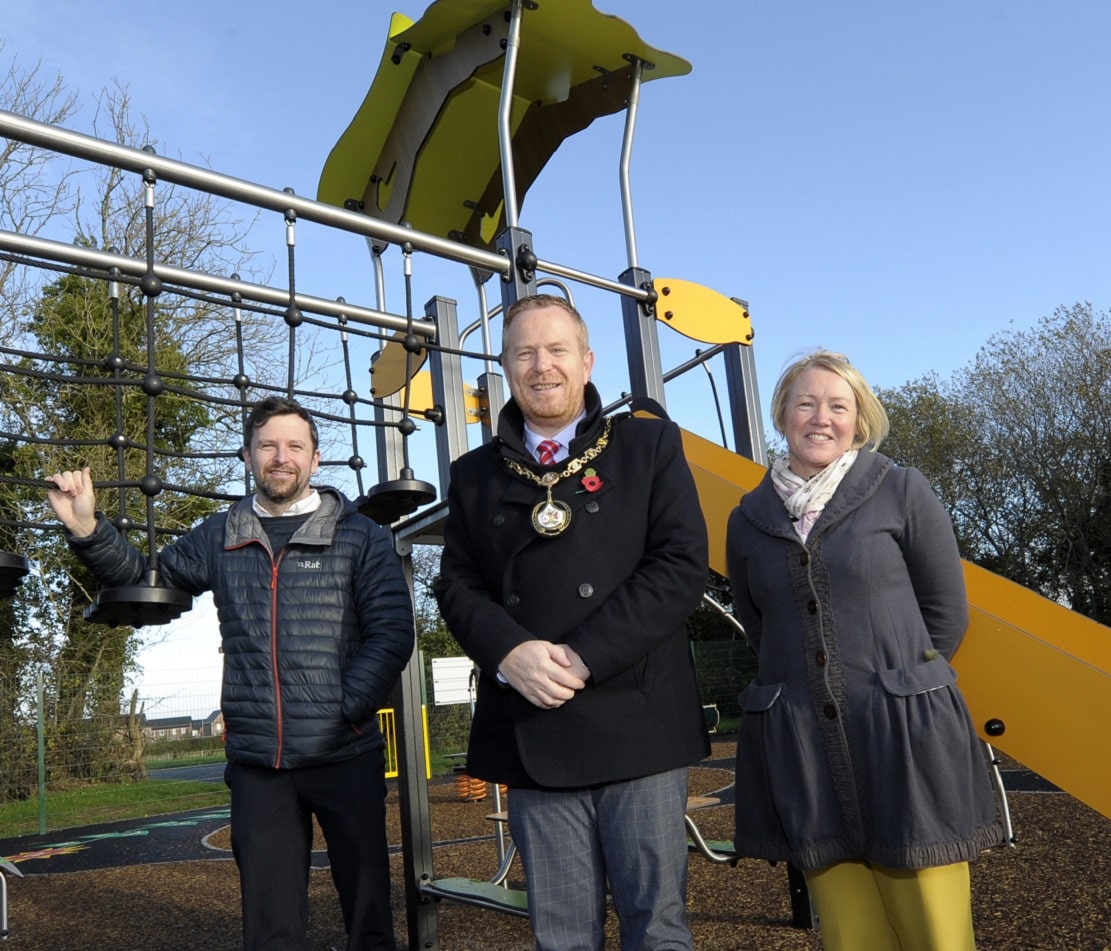 A Craigavon Councillor has spoken of her delight as her long battle for a new play park at the Kernan Playing Fields has finally became a reality.

This week saw the launch of the brand new play park in the Kernan area of Craigavon by Armagh City, Banbridge and Craigavon Borough Council, following an investment of £100,000.

The new play park forms part of ABC Council’s £4.75m play strategy, which will see a number of parks across the borough refurbished, alongside a commitment to non-fixed play, which is crucial to child development.

Armagh I reported in December of last year that the Armagh City, Banbridge & Craigavon Borough Council’s Planning Committee had approved plans for the new children’s park to be built in the Kernan playing fields area. Margaret Tinsley, DUP Councillor for Craigavon, joined ABC Council in 2015 and has told Armagh I that, since then, she has been fighting for a new play park in the area.

“I have been lobbying since 2016 for a play park in Kernan, and it has been quite a long challenge,” she said. “We’ve got there and I’m absolutely delighted after all these years of trying to push for it.

“I remember when I joined, they said there was no need for one, so it was just a matter of putting it on the radar. I’m just delighted now that the need has been recognised. We’ve got it open and the amount of children using it is just phenomenal.”

Councillor Tinsley says that the new park is just the start of the work that can be done in Kernan.

“It’s a great park and a great facility. It’s actually there, and it’s well well used, which is fantastic. There’s such a vision for Kernan and there’s so much potential for that whole area and this is only the start of what we can develop within the area.

“I have a vision of what we can actually do in that whole area if we had the money but we just have to take it one step at a time”, she added.

The Lord Mayor of ABC Council, Councillor Paul Greenfield, with the help of contractors, elected members and council officials, cut the ribbon at Kernan Play Park this week to celebrate the hard work that enabled this brilliant new play area to become a reality. The new play park – which was developed in collaboration with the local community and schools in the area – caters to children and young people up to the age of 14 and offers a mixture of equipment including junior and senior swings, an inclusive roundabout, basket, and cradle swing, as well as springers and spinners, and play panels.

In addition, a range of seating has also been added so parents and guardians can come along and share in the children’s play experiences. The Lord Mayor said: “What another great opening for another wonderful play park in our borough – and the sun even made an appearance to lift the celebrations.”

He continued: “With so much amazing play equipment on offer here in Kernan, this fantastic play facility provides local children of all abilities the freedom to play and learn together.”

Farrans were the lead contractor on the project with Garden Escapes as a subcontractor who are the specialist playground equipment company who supplied and installed the new equipment.