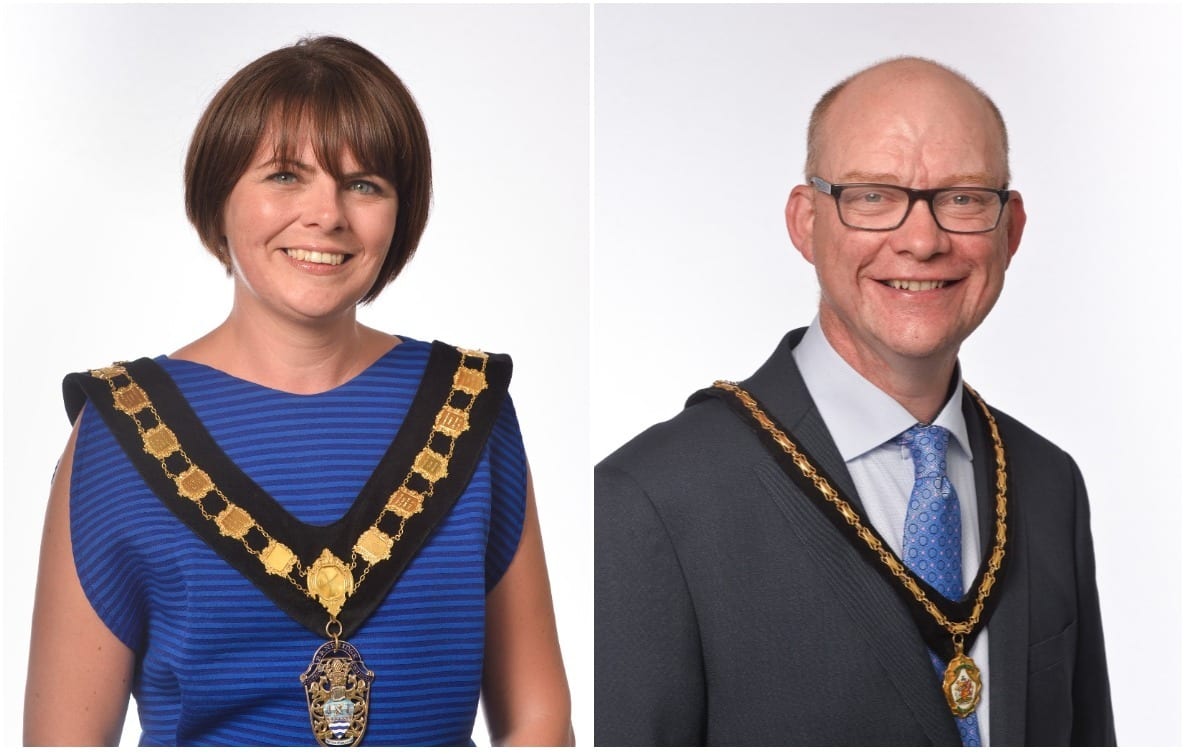 Councillor Julie Flaherty (UUP) has taken up the chain of office as the new Lord Mayor of Armagh City, Banbridge and Craigavon Borough.

She was elected to the high office at yesterday’s annual meeting of Armagh City, Banbridge and Craigavon Borough Council.

Councillor Flaherty represents the Portadown District Electoral Area and was co-opted to the Council in 2016. Married to Wayne, she has made history as the first female Lord Mayor of Armagh City, Banbridge and Craigavon Borough.

A trained podiatrist, Julie joined politics four years ago following the passing of her son Jake – whom she credits with the reason for entering politics.

In addressing the chamber councillor Flaherty said she was delighted with the new role, stating: “It is an honour and a privilege to be asked to serve as the first female Lord Mayor of Armagh City, Banbridge and Craigavon.

“This wonderful area has so much to offer and I pledge to spend my forthcoming year in office working tirelessly for its citizens, children, businesses, economy and all the vital voluntary and community organisations providing such valuable contributions throughout the Borough.

“I hope the experiences I have had personally – with healthcare and daily struggles – in business and life in general will serve me well in serving you – our fantastic residents, who make this Borough so exceptionally special.

“There is so much I hope to achieve both economically and socially over the next 12 months – I have lots of work I want to do and that is a challenge I intend to wholeheartedly embrace. We need to bring back that feeling of Civic Pride around our towns and villages – through the economy, redevelopment and regeneration plans and by supporting our Town centres and local businesses.

“I intend to hit the ground running and embrace the year ahead. My door is always open and I hope to help you all in anyway I can.”

The position of Deputy Lord Mayor went to councillor Paul Duffy who was returned to fill the vacancy for the Portadown District Electoral Area in February 2017 to Armagh City, Banbridge and Craigavon Borough Council.