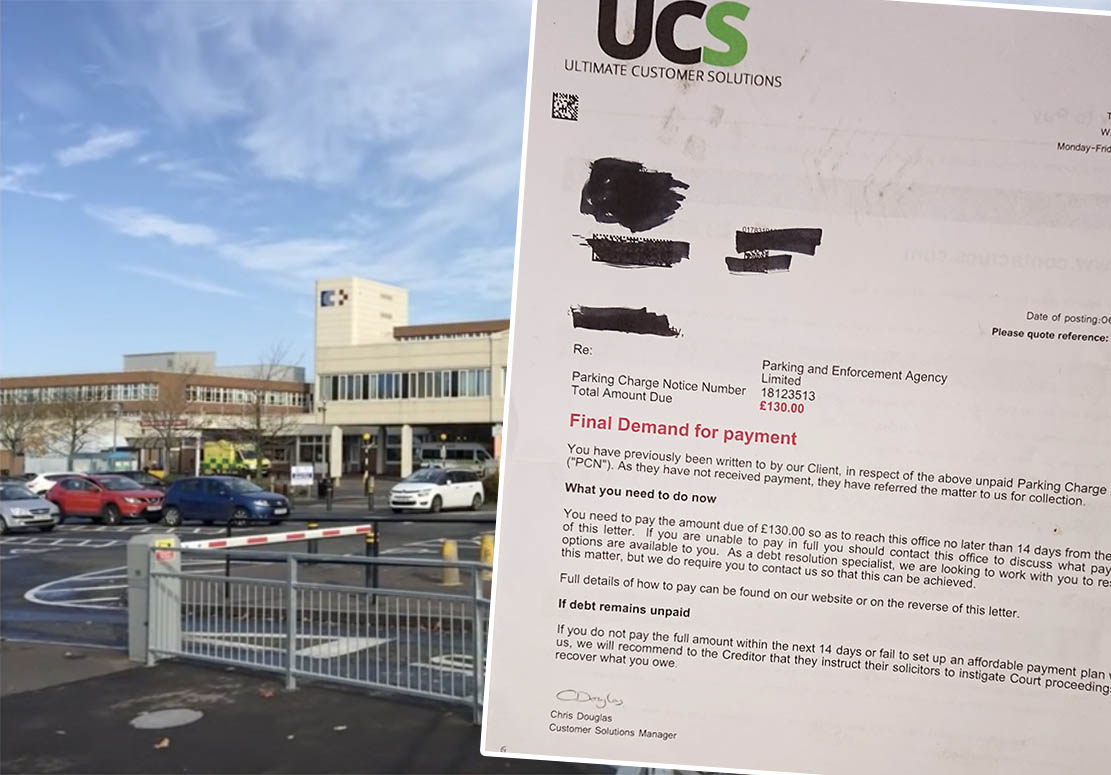 A Craigavon mother who was issued with a ticket for parking in a hospital disabled bay says the agencies need to “show some compassion”.

The woman, who did not want to be named, had used the space because her 13-year-old son was temporarily in a wheelchair.

She has seen several appeals against the issuing of the ticket turned down but insists she is not stumping up the cash.

Speaking to Armagh I,  she explained: “My son, he was a tip-toe walker, he had to have operations on both feet to release the tendons and the muscles.

“The operation took place on April 24 and he was released the next day in a wheelchair with both his legs in plaster, and was told not to weight bear on them, other than to go to the toilet or to get into bed.”

At around 3am that same night the mother describes how she was awoken by her son “squealing”, complaining of pains in his chest.

“I phoned the out of hours and they told me to take him straight to casualty over concerns for complications,” she said.

“I went over, now there were other parking spaces but because he was in a wheelchair and I did not know how long I would be there I parked in a disabled spot.

“If the car park had filled up and I was in a normal spot, I would not have been able to get him in and out of the car – there’s no room.”

The mother came out the next morning at around 7am to find a parking notice on her car; following this she went straight home to appeal it.

“I came home emailed them and explained the situation”, she said. “They came back to me and said because there was a notice up, that it was only disabled badge holders only, they wouldn’t accept the appeal.”

The original fine was £40 but that has now been raised to £130 – but she claims she has no intentions of paying it.

“Not every policy should be so rigid, there needs to be some level of flexibility and communication between the enforcement company and the hospital.”

She added: “I’m not the only one that this has probably happened to.

“There needs to be better communication between the hospital and the enforcement agency.

“I spoke to a nurse that night and she said I should be fine to park there as he was in a wheelchair.

“They need to show some compassion as so many people will have been caught by this, many others would pay it as well.”

She said she had little choice.

“There would have been no room for me to get him back into the car, unless they wanted me to put him in through the boot.

“Failing that I would have had to leave my son in the middle of the road while I reversed and put him in danger.”