Man taken to hospital after incident at building site in Craigavon 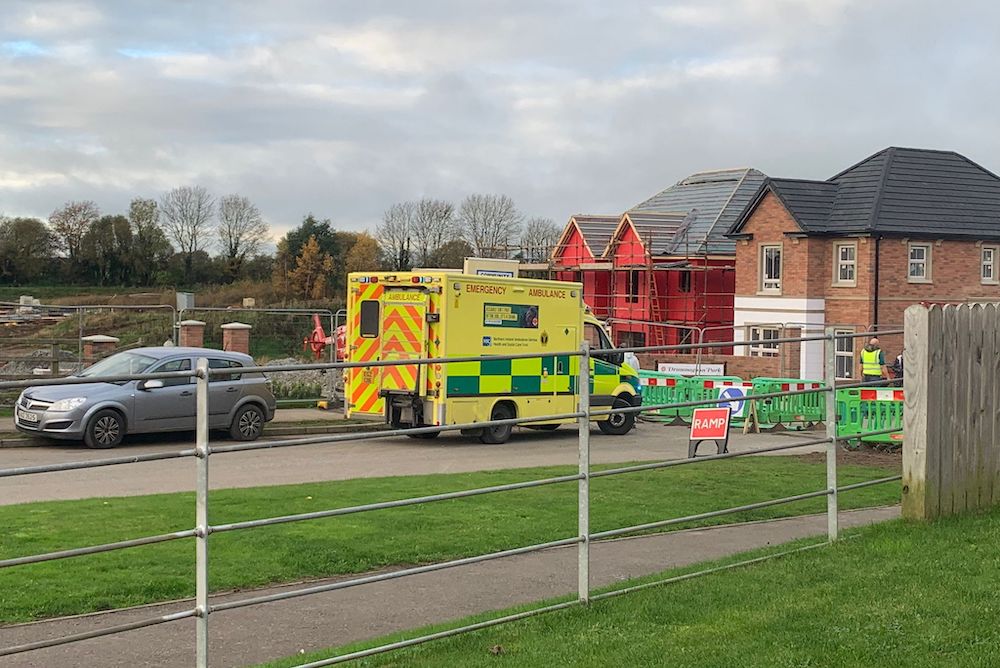 A man has been taken to hospital following an incident at a Craigavon building site this morning (Friday).

The air ambulance was tasked to the scene in the Drumnagoon area shortly after 8am.

A spokesperson for the NI Ambulance Service (NIAS) told Armagh I: “NIAS despatched two emergency crews to the scene in the Drumnagoon area at 8.08am.

“The Charity Air Ambulance with HEMS Team on board were also tasked to the incident.

“Following assessment and initial treatment at the scene, one patient was taken to Craigavon Area Hospital by ambulance.”