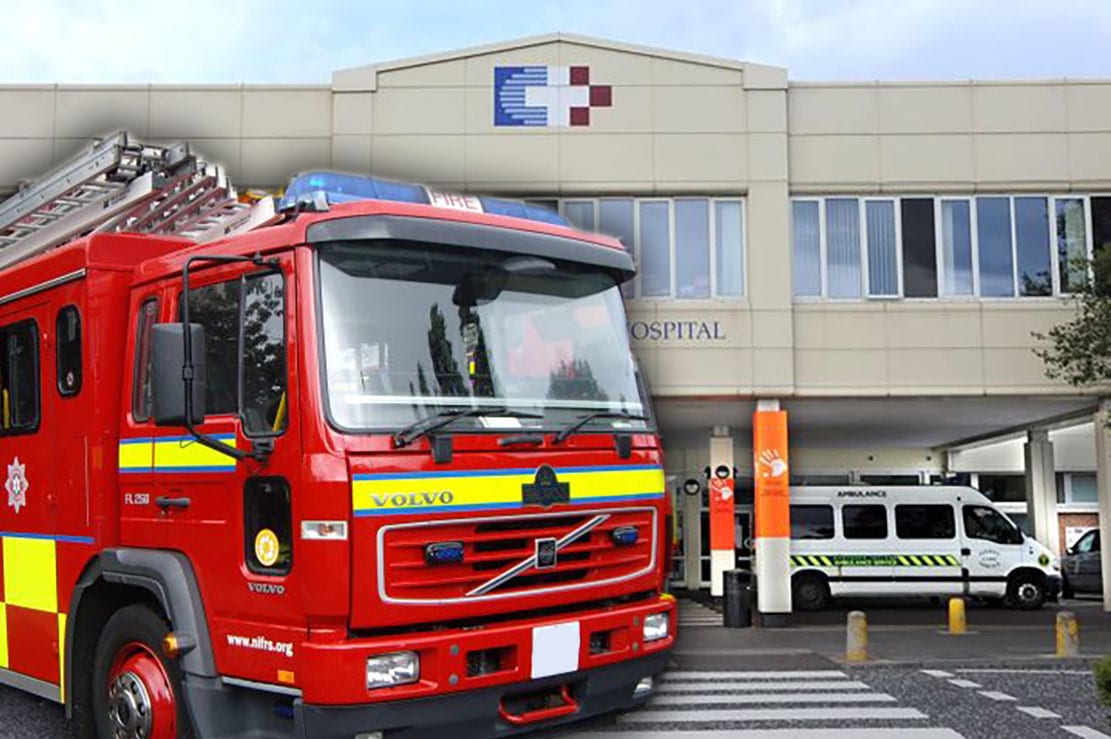 A man has been arrested following an arson attack at Craigavon Area Hospital on Wednesday evening.

At approximately 6pm, police received a report that a bin outside the hospital had been set on fire.

Police attended, along with the NIFRS, and the fire was extinguished.

Superintendent David Moore said: “Thankfully, no one was injured during the incident, which is being treated as arson at this time.

“Shortly after 11am today a 23-year-old male was arrested on suspicion of arson endangering life with intent.

“The man currently remains in custody assisting police with their enquiries. I would ask anyone with any information about this incident to contact police in Lurgan on the non-emergency number 101, quoting reference number 1100 of 03/01/18.

One fire crew attended the incident from Portadown fire station when the call came in at 5.35pm.

A NIFRS spokesperson said: “Firefighters dealt with an industrial wheelie bin on fire. The cause of the fire has been confirmed as deliberate. The incident was dealt with at 5.57pm.”

Commenting the Assembly member said: “I am glad that due to the swift action of the Fire and Rescue Service and the PSNI, an attempted arson attack at Craigavon Area Hospital was halted.

“I understand that the incident took place at the pharmacology lab and there was significant damage to equipment.

“Thankfully any risk posed to staff and further damage to this unit was averted last night. Praise must be given to the Fire and Rescue Service who dealt with the matter efficiently and to the PSNI who have made a subsequent arrest.

“This sinister incident has come at a time when our health service is under incredible pressure.  It defies logic that someone would seek to destroy our local hospital.

“Today I am meeting with the Health Trust to discuss the recent crisis.”