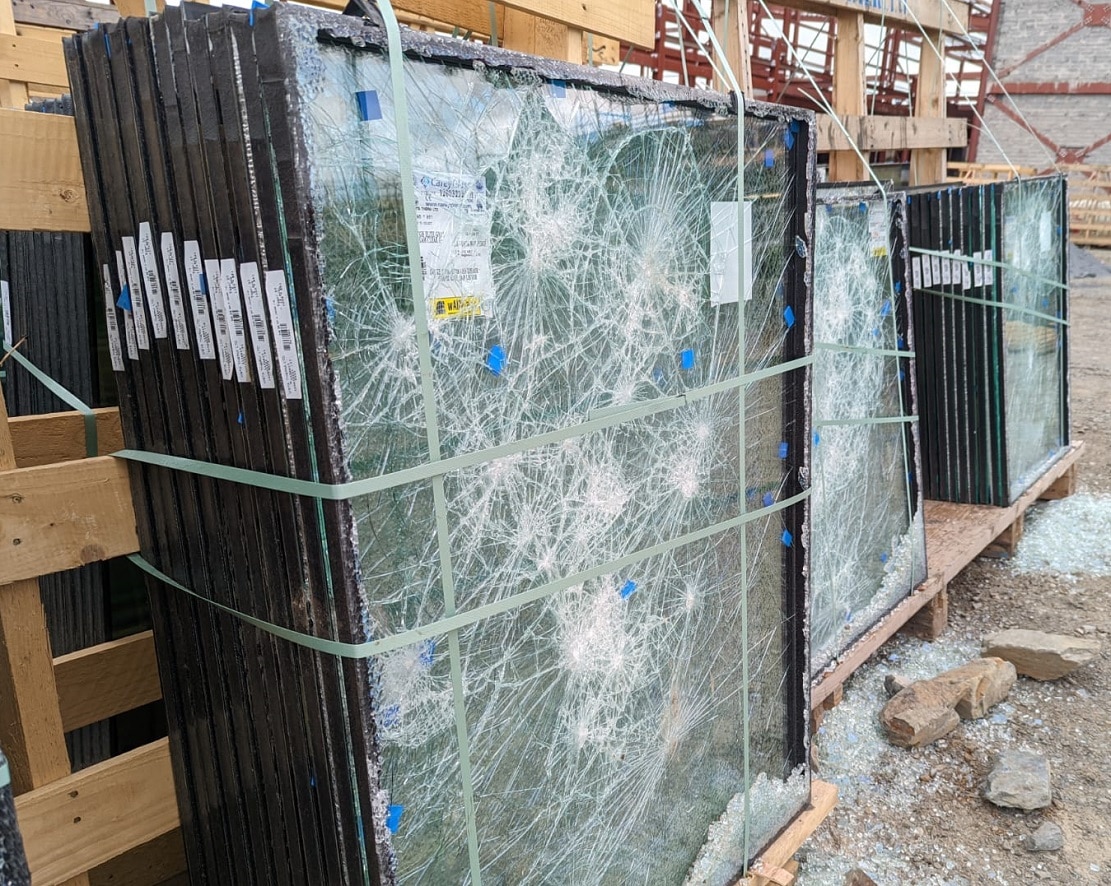 Lismore Comprehensive School has appealed for those who vandalised its new-build school at the weekend to stop their destructive behaviour.

Thousands of pounds worth of damage is estimated to have been caused by the vandals who also climbed onto the roof.

Newly fitted windows were smashed along with a considerable amount of glass due to be installed today (Monday). A crane on the site at Monbrief East Road also had its cab windows broken and site equipment was thrown onto the roof of the building.

Armagh I was given a tour of the damage by the foreman. He said it was apparent from the debris on the roof and damage to parts of it that the culprits had climbed onto it.

“That roof is 25 metres high. If someone falls off it, their chances of survival are just 20 per cent,” he said.

In a statement, Lismore said as as a school community they were “shocked and disappointed to learn about the significant and costly damage”.

They warned that such behaviour may impact progress on the build, which is scheduled for completion in January 2023.

“As a school which prides itself on our links with the local community, we would urge those responsible to desist from such unacceptable practices and allow our new school, which is being built to enhance provision for the people of Craigavon and surrounding areas, to continue without further interruption,” the statement added. Police, meanwhile, have appealed for witnesses.

They said they had received a report at 7.20am on Monday that three windows of a crane cab had been broken.

“A number of window panes on a pallet were also damaged and windows inside the building, both fitted and unfitted, had also been vandalised,” a spokesperson said.

“Site equipment had also been thrown onto the roof of the building.

“We estimate this appalling act of vandalism to have cost thousands of pounds worth of damages.” The spokesperson added: “I would appeal to anyone involved in this kind of anti-social activity to stop and would also urge anyone with any information or concerns to contact our Neighbourhood Team.

“Reporting incidents that impact on your quality of life helps us to focus patrols where they are needed most.

“Our investigation is now under way and we are appealing to anyone who may have any information or CCTV or dash-cam footage which can assist us to contact 101 quoting reference number 267 of 30/05/22.”

Alternatively, information can be provided anonymously to the independent charity Crimestoppers on 0800 555 111.