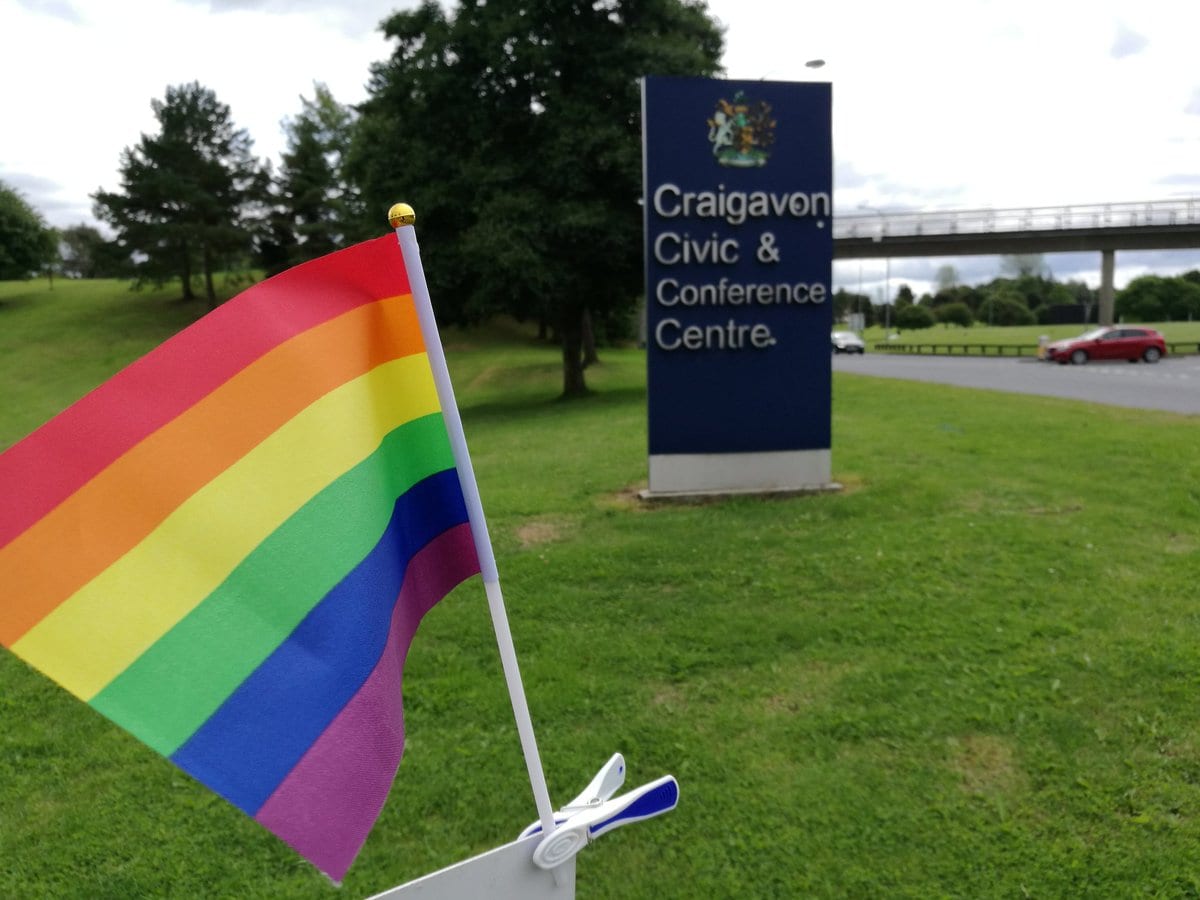 Pride supporters have planted flags outside council offices in Craigavon this afternoon.

LGBT+ campaigners have taken to land just outside the Craigavon Civic Centre, and have raised several flags in protest of the DUP’s decision to stall the erection of the rainbow flag on civic buildings across the Borough.

Sinn Fein had proposed a motion to install the flag in support of this year’s Pride Day, which is taken place across the country today (Saturday).

However, earlier this week a DUP councillor grouping officially ‘called-in’ the decision, saying they are exercising their “democratic right” to have the process scrutinised.

Ultimately the move meant that no flag would be raised on any council buildings today – a move which was greeted with distain by LGBT+ campaigners.

@bbcnewsline @UTVNews @duponline prevented ABC council from raising a single pride flag today so we're outside council offices in Craigavon to raise a few at the roadside. Just a reminder that #LoveIsLove pic.twitter.com/UOVThoFGmN

Meanwhile, thousands of people are currently taking to the streets of Belfast to celebrate Pride Festival.

The parade celebrates the contribution of LGBTQ people to society in Northern Ireland and also promotes the hard-won rights of this community in recent years.