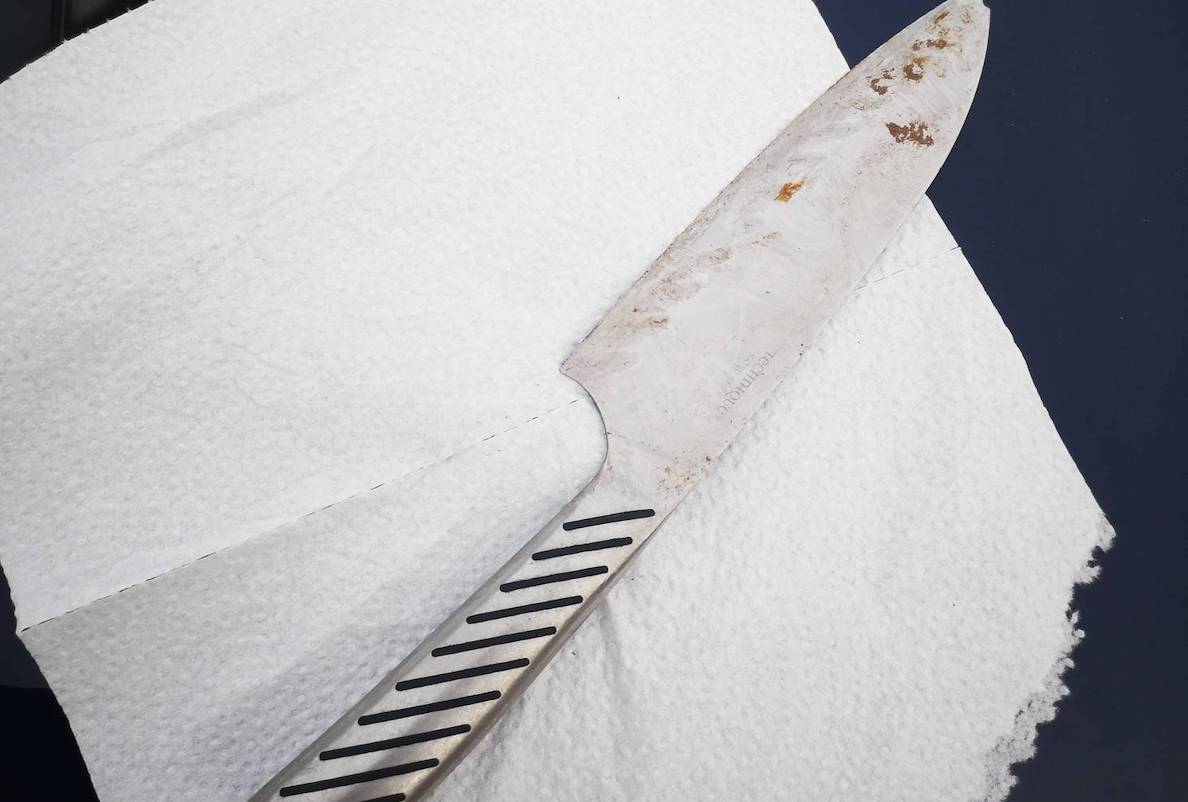 A large and “considerable” kitchen knife was discovered in a children’s play area.

Police in Craigavon posted the image of the knife, which was discovered by a dog walker in the area.

A PSNI spokesperson said: “As you can see from the picture, this is a considerable knife.

“Someone is missing this from their kitchen. I don’t suppose it was cheap either, as it seems damn sharp!

“Thing is, this was found by a dog walker. Randomly, lying about, where kids would play.

“I’m sure you’re as irked as I was to find this out.

“This is most likely something that has been left lying about and moved about, maybe by kids.

“I don’t think it’s been used in crime, but it’s that mucky, it’s hard to tell.

“It’s been disposed of now and thankfully, to the best of our knowledge, no one was hurt, or worse.

“Please talk to your little ones, explain to them the dangers of knives, big and small, even the ones classed as ‘legal’ can do horrific damage.”