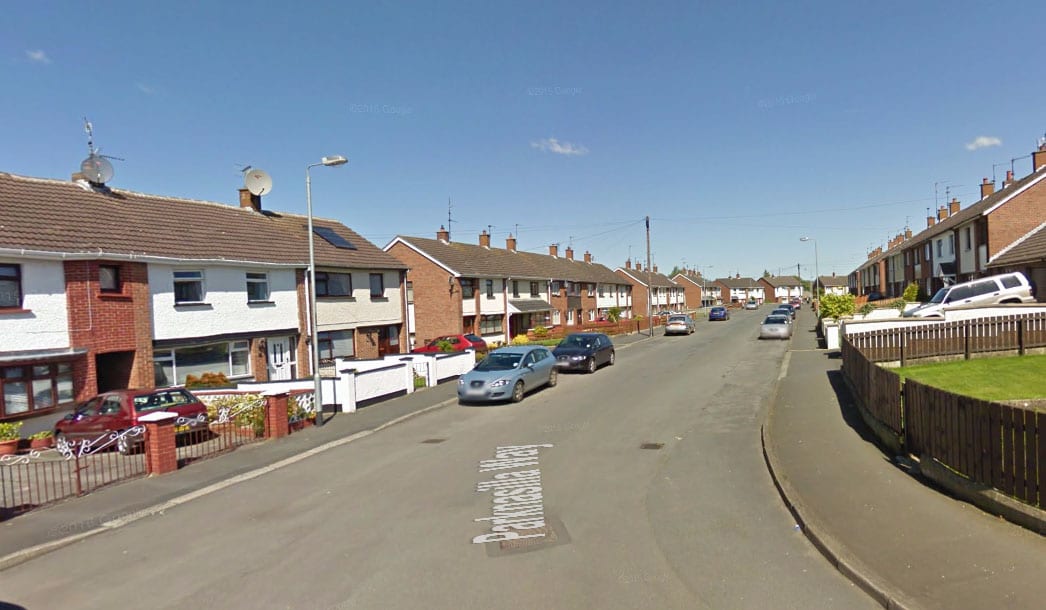 Police in Craigavon are appealing for information following an attempted burglary.

Shortly before 2am on Sunday, 6 December, police received a report of two males kicking open the back door of a house in Parknasilla Way.

The males then went to the front of the house and kicked the front door.

One of the males is described as being around 5ft 10 in tall, of large build and was wearing a dark hoody, a woollen hat and a scarf.

The second male is described as being smaller than the first and was wearing a black hoody with white writing on it. Both men made off on foot.

Police would like to hear from anyone who observed any activity around the area at this time or anyone who has information in relation to this incident. They can be contacted in Craigavon on 101, quoting ref: 183 061215.