'I enjoy running, but how much better it is when my running can help generate resources that will make a difference in people’s lives' 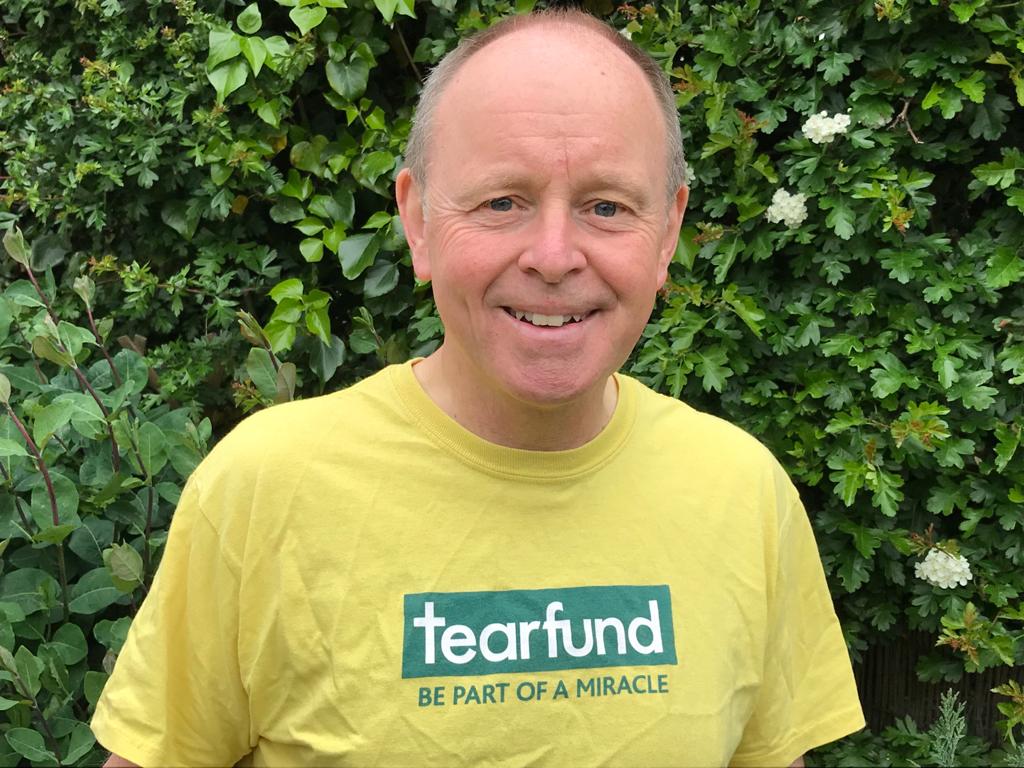 A heart attack survivor is part of a team taking part in a ‘virtual’ run from Belfast to Canada for a global relief charity.

He was anxious to know whether his recovery would include the ability to resume jogging.

Little did he know that just a few months later he would be aiming to run 100km in the month of May to raise money for charity as the Covid-19 pandemic made its presence felt across the world.

Alan, who has two grandchildren, was blue-lighted from his local hospital’s A&E department to the Royal Victoria Hospital in Belfast where he received a stent.

After four days in hospital, he returned home to begin his recovery.

A keen runner, Alan was delighted to get back to his weekly Park Run just 10 short weeks later.

During lockdown, the grandfather-of-two heard about the ‘5km A Day In May’ challenge, created by a group of runners taking on a fundraising challenge for global development and aid charity Tearfund.

He said: “Having supported the charity before, I was eager to sign up to cover 60km during the month.”

He is now well on his way to meeting his target.

Alan revealed why he got involved, adding: “As a Christian, I understand that a significant part of Jesus’ teaching in the Bible is the command to love our neighbours.

“During this pandemic Tearfund is coming alongside people on the ground who want to love their neighbours well at a time when resources are scarce. This is a way for me to love my global neighbour.

“I enjoy running, but how much better it is when my running can help generate resources that will make a difference in people’s lives.”

The group of 49 members is together covering the distance between Belfast and Newfoundland – over 3,300 kilometers – over the month of May.

Running mainly in Northern Ireland with a couple of members in England and one in Poland, they hope to raise £20,000 for Tearfund – which could help up to 6,600 families living in poverty to access essential sanitising products like soap and bleach powder, helping them to protect themselves from the coronavirus.

Tearfund’s NI Acting Director, Gemma Brown, said: “Maintaining a distance from others and practising good hand hygiene is an Herculean task for many of the world’s poorest communities.

“We are very concerned about some of the poorest countries, where life is already difficult and there is little infrastructure to deal with coronavirus.

“Living in a crowded household in a densely populated community, such as a refugee camp, and having to walk a long way for water, makes it much harder for people to take apparently simple measures such as social distancing and increased handwashing. These become incredibly hard asks, piled on top of an already challenging daily life.”

She went on: “This is why we are so grateful to Alan and others like him around Northern Ireland who are fundraising or donating to our appeal. The generosity of the Northern Ireland public is enabling us to carry out life-giving work amongst the world’s poorest communities.”

Around the world Tearfund is carrying out targeted hygiene promotion and education often via social media, constructing taps and water tanks, distributing essential hygiene kits and improving sanitation, distributing food to vulnerable people, and responding to psychosocial needs, as well as delivering emergency aid to the most vulnerable people and their communities.

Tearfund is supporting its locally-based partners and churches to respond to this pandemic, working in all the countries where it has a presence, to minimise the risk of infection.

Tearfund’s hygiene training guidelines have already gone out to partners around the world, benefiting local communities. Resources are continually being developed, translated and published on Tearfund Learn.

The charity is also in close contact with other humanitarian organisations to ensure they are drawing on the experience of the wider community, as well as coordinating to reach as many vulnerable communities as possible.

To make a donation in support of Tearfund’s work responding to coronavirus around the world and support Alan’s running challenge, visit his Justgiving page here.