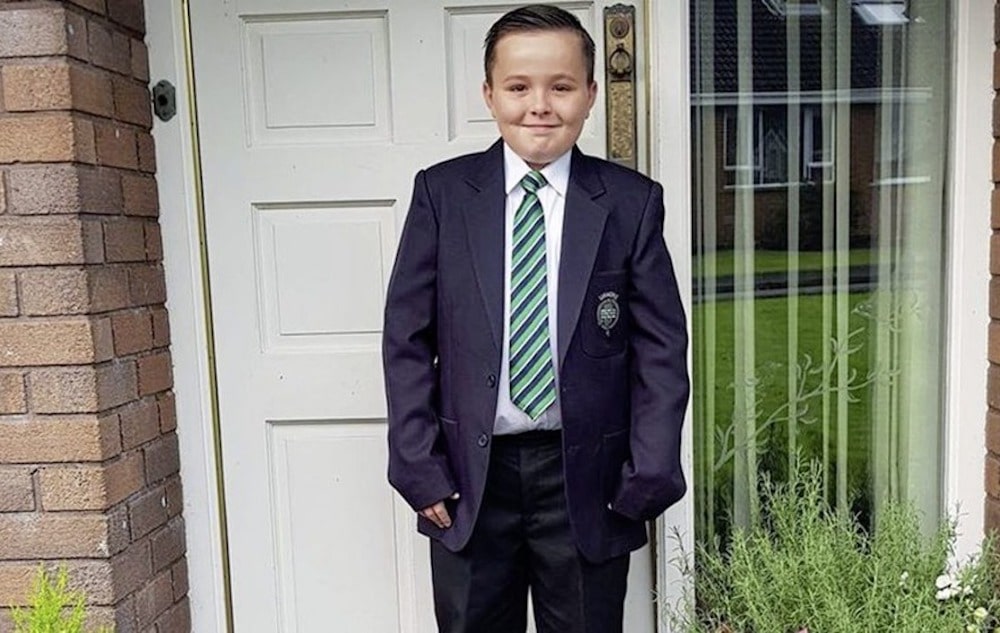 A young schoolboy who died suddenly over the weekend will be laid to rest on Friday.

Luke Lawson, who was just 12-years-old, passed away in his sleep on Saturday morning.

He was a Year 8 pupil at Lismore Comprehensive in Craigavon; who said he was “a valued member of the Lismore community and his smile and bubbly personality will be missed by us all”.

Luke’s heartbroken dad Barry posted a series of images on social media describing him as “my wee sunshine, my best friend”.

Luke’s remains will be returning to his grandmother’s home at 11 Upper Ballydougan Road in Bleary this evening, from 8pm.

The funeral cortège will leave the house on Friday afternoon at 1.15pm before traveling via Markville, where it will stop outside Luke’s home, before making its way to St. Colman’s Church, Clare for 2pm Requiem Mass. Burial afterwards in the adjoining cemetery.

Luke is the precious son of Barry and Leanne, loving brother of Emma and Corey and a much loved grandson of Patricia and Harry Lagan and Kay Lawson.

Among those to pay tributes to Luke was his former principal, Joe Corrigan.

He said: “So very sorry to hear this news. I didn’t know Luke but he was obviously very highly thought of.

“My thoughts and prayers are with his family and friends and with the Lismore school community. Young deaths are particularly heartbreaking.”