“I am committed to working for all residents in the ABC Council area, and I am determined to raise the profile of the borough as a place to live, to invest and to visit." 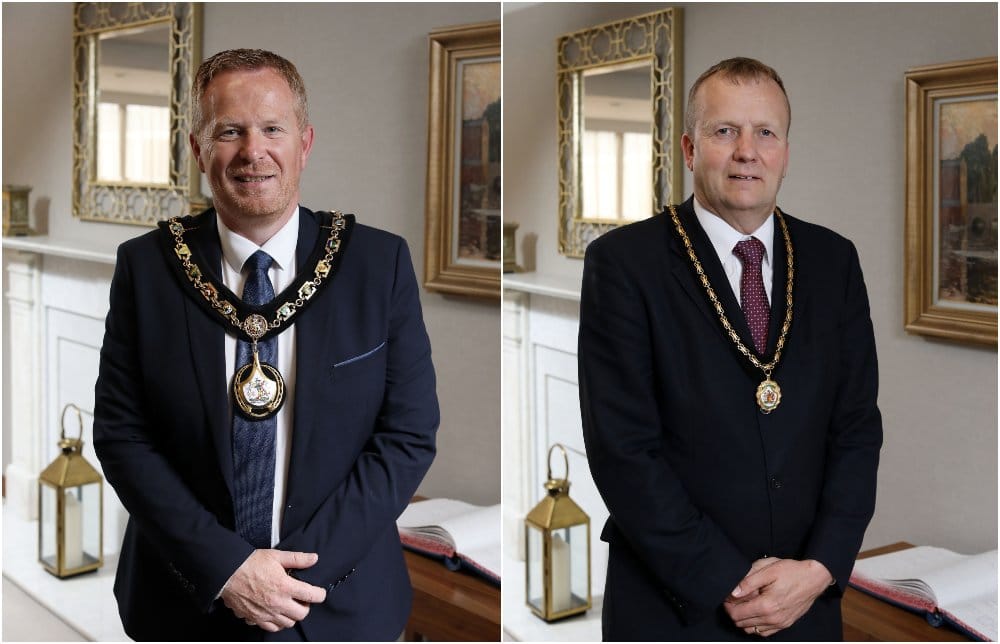 The DUP have taken over the Lord Mayor’s chain of office with the appointment of Councillor Paul Greenfield to the role.

The announcement was made following the Annual Meeting of Armagh City, Banbridge and Craigavon Borough Council tonight (Monday).

Councillor Greenfield takes up the role from tomorrow Tuesday.

Councillor Greenfield, from Waringstown, was elected to Armagh City, Banbridge and Craigavon (ABC) Borough Council in May 2014, and brings a wealth of experience to the position, having served as Deputy Lord Mayor in 2016.

He has also held the position of Vice Chair of the Environmental Services Committee, and been a member of both the Economic Development and Regeneration Committee, and the Performance and Audit Committee within Council.

He is also the Co-Chair of the Peace IV Partnership Board and is on the Board of Governors of Scarva Primary School.

In his first official address, the newly elected Lord Mayor said: “I am thrilled to have been appointed Lord Mayor of Armagh City, Banbridge and Craigavon Borough Council.

“I had the privilege of serving as Deputy Lord Mayor during the 2016-2017 term and look forward to building upon my experience in office.

“I am committed to working for all residents in the ABC Council area, and I am determined to raise the profile of the borough as a place to live, to invest and to visit.

“I look forward to working with my fellow aldermen, councillors and council officers in the year ahead, to deliver for the people of the borough during these challenging times.

“I want to thank the outgoing Lord Mayor Alderman Glenn Barr and Deputy Councillor Jackie Donnelly for their service. I wish them both well in their next steps and look forward to working alongside them in the coming year. I will announce my chosen charity in the coming days”.

Under D’Hondt, the method for allocating party seats, the DUP will also hold the office of Deputy Lord Mayor, with Councillor Tim McClelland elected.

Commenting on his appointment Councillor McClelland said: “I would like to thank my party colleagues for this nomination, it’s a privilege to hold the office of Deputy Lord Mayor and represent the citzens of the borough.

“During my term I look forward to working closely with the Lord Mayor to champion the wealth of talented people, amazing places and dynamic businesses within the borough, with a particular focus on improving the lives of rural dwellers and our farming community.”

Councillor McClelland is from Tandragee and was elected to Council in 2019, and represents Lagan River DEA. He is the former Chair of the Governance, Resources and Strategy Committee and member of the Planning and Regulatory Services Committee. He is also on the board of the Agri-Food and Bio-Sciences Institute and Clare Primary School.