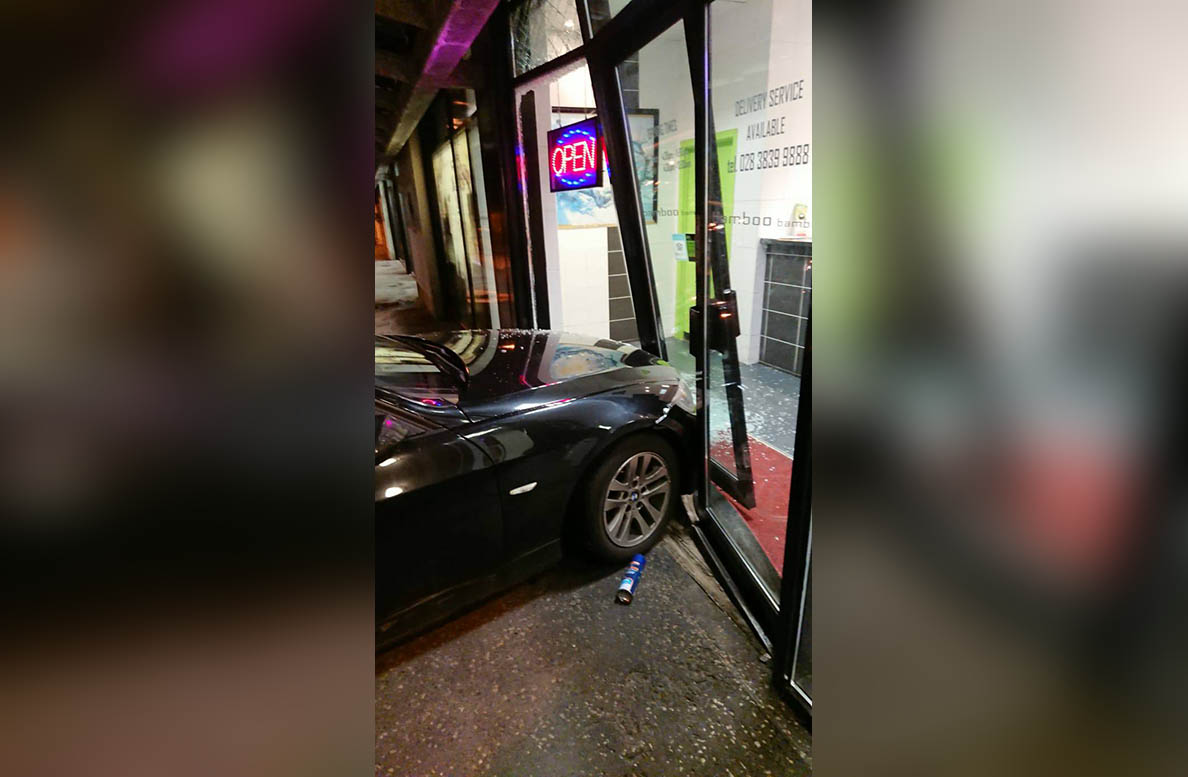 A drunk driver smashed into the back of a car which was carrying a six-month-old baby, and sending through the window of a Chinese takeaway in Craigavon.

The incident happened outside Bamboo takeaway on the Lurgan Road on Friday night.

Fortunately there were no injuries to anyone inside the vehicle or the takeaway.

“The line between life and death here is far too slender,” a PSNI spokesperson confirmed.

“This was Friday night, Portadown. A family parked up outside a Chinese takeaway with a six-month-old on board.

“A drunk driver, who had stolen the vehicle he was driving, crashed into the back of them, sending their car through the window of the Chinese.

“Driver arrested at the scene and later blew over twice the legal limit in custody.”

The driver was charged with aggravated TADA, drink driving, driving with no licence, driving unaccompanied and failing to display L plates.

The police spokesperson added: “Thankfully, no injuries to anyone on board this car.

“The lines are too slender. Between prison time and freedom for the offender, between life and death for the victim.