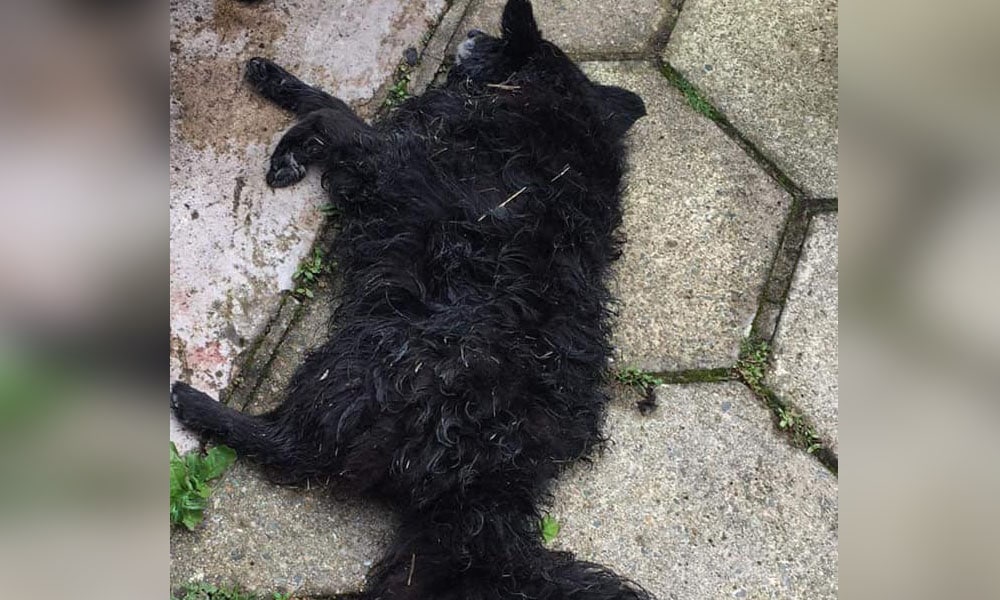 A family pet is this evening hanging on for its life following a second shocking dog attack in Craigavon in less than 24 hours.

It is understood a German Shepherd attacked this dog (pictured) in the Pinebank area earlier today (Sunday).

It comes just hours after four dogs mauled a family cat to death in the same area during the early hours of this morning.

SDLP Councillor Thomas Larkham , who hit out at the earlier incident involving a cat, said he is “horrific” to have heard about another.

“I am told that a German Shepard type dog attacked this family pet around the play park area,” he explained.

“I am told that had it not been for people passing this dog may have been killed and is currently with the vet.”

Councillor Larkham added: “These incidents are an extremely worrying turn of events and local residents have expressed serious concerns to me that the next attack could be a child or adult – I share these concerns.”

“Therefore, I am calling on the relevant authorities to urgently address this matter for the safety of the public and family pets.”

Speaking to Armagh I earlier today, Councillor Larkham said: “I have also received a lot of messages from people who are concerned by the amount of dogs let off their leads in public parks.

“There is an onus on dog owners to be responsible but I suppose there is a bit of work for Council to do in that regard in getting the message out there that dogs should be on leads in parks and open spaces.

“Dog owners need to be in control because obviously we don’t want a repeat of an incident like this or anyone else getting attacked.”