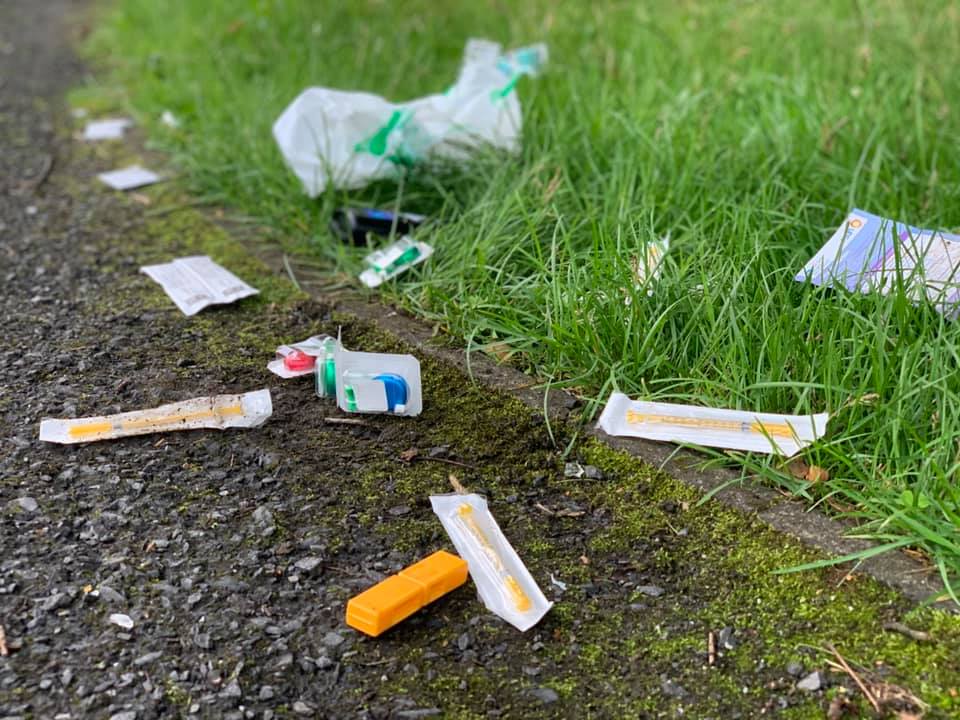 A young boy alerted his mother after coming across a series of discarded syringes and needles in Craigavon on Wednesday.

The youngster had the wherewithal to alert an adult after the find close to Curly Wurly Bridge in Clonmeen.

“It doesn’t bear thinking about the consequences or the harm should any of these had found their way into the wrong hands,” said Councillor Larkham.

Elsewhere in Craigavon, police responded to a report of suspicious behaviour in the Central Way area.

Neighbourhood Officers responded and located a male who was searched, and which resulted in a large quantity of suspected class B drugs being seized. Following his arrest, two properties in the area were also searched and further drugs and cash were found.

A PSNI spokesperson said: “We need your continued support to detect this crime. If you have any concerns regarding drug dealing in your area, contact us on 101 or alternatively ring Crimestoppers, always anonymous on 0800 555 111.”