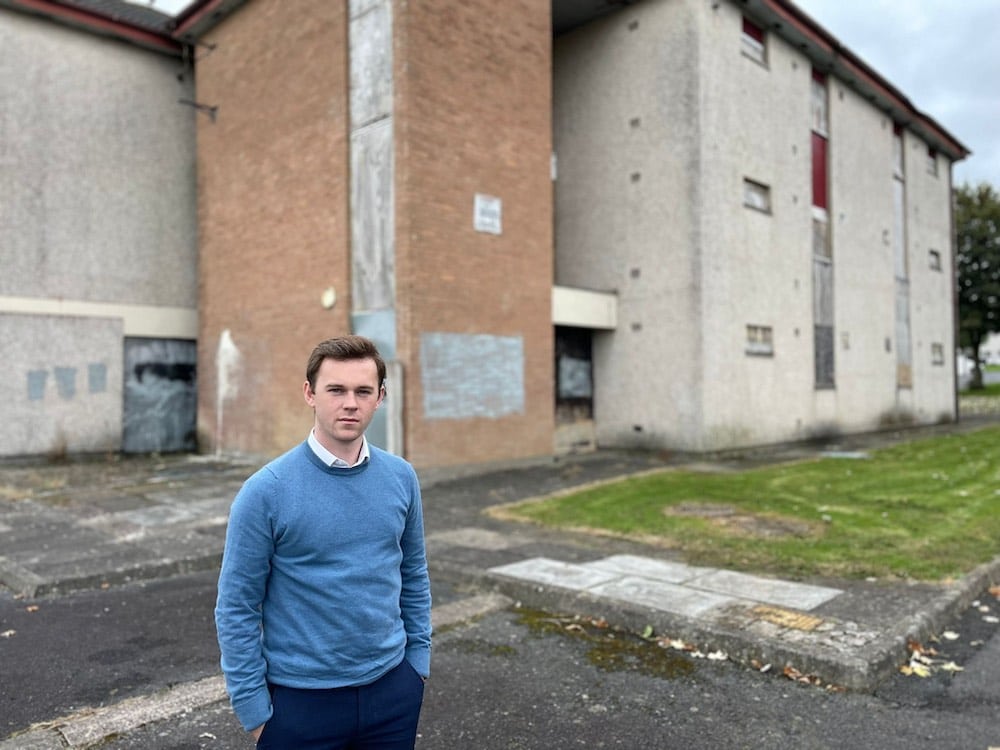 A derelict block of flats in Craigavon – described as a “monstrosity” – needs to demolished to allow for construction of new and much-needed housing.

That’s the view of Alliance MLA Eóin Tennyson who has called for action to redevelop the Westacres housing development, has been uninhabited for many years and has become “an eyesore for residents”.

“Concerned residents have been in touch with me expressing their frustration about the state of the flat complex at Westacres, as well as the increased level of anti-social behaviour that is associated with it,” said Mr Tennyson.

“It is completely unacceptable that this site has been left derelict and neglected for so many years, causing an eyesore and nuisance for neighbouring properties. It is long past time the landowners took responsibility for the site and demolished this monstrosity.

“My office has been in touch with the local Housing Executive team as well as Arbour Housing. Both parties have agreed that redevelopment of the flats is needed. The current view is for the complex to be demolished to allow for construction of new mixed type housing.

“Conversations are still at an early stage however I have encouraged progress on this issue and am hopeful this will help lead to a successful conclusion in the near future.”