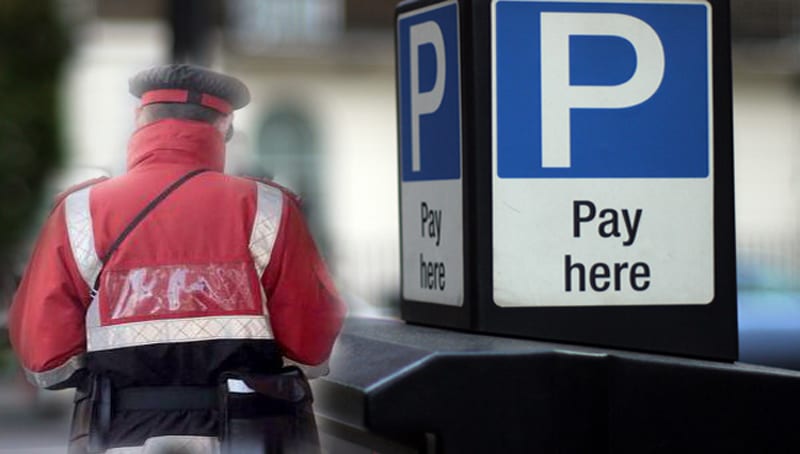 Debt collectors are chasing almost £200,000 in penalties chalked up by motorists who failed to ‘pay and display’ in local car parks, Armagh I can reveal.

And, of the huge sum outstanding, over £40,000 of it relates to Armagh City, Banbridge and Craigavon Borough Council’s first year ‘in business’.

A spokesperson for the council, meanwhile, has confirmed to Armagh I that none of the debt is to be written off.

An internal council audit has just been completed and is being presented to the council tonight (Monday).

Startlingly, it reveals that motorists had collectively amassed outstanding debts of £197,140.55 by March past.

Of that huge sum, some £154,840 was classified as “historical”, in that it relates to dates prior to the establishment of the ABC Council on April 1, 2015.

That means outstanding debts – according to the most recent available figures for the first full year of council operations – total a staggering £42,300.50.

That is all money which should be going into the coffers of the ABC Council for use against local projects. It is money which could be used to help offset against rates.

During the 2016 financial year, close to £7,000 was recovered. But that was just 4.5 per cent of the total owed when the council assumed responsibility.

Councillors have been told that the council is not receiving complete details of cancelled and spoiled penalty charge notices (PCN). The audit reports that this is required to ensure all PCNs are accounted for and that the true amount and nature of cancelled or spoiled penalties can be established.

At the time of the audit, some 251 PCNs issued during the 2016 financial year could not be established.

The audit reports there is an “inadequate and/or ineffective system of governance, risk management and control in place” in relation to off-street car parking.

But it places the blame for this firmly at the seat of central government, saying this is not “a reflection of the standard of work carried out by council staff, but rather the inability to verify the accuracy of data sent” by the Department – originally Regional Development but now Infrastructure – over the accountability of PCNs.

“It is recognised that these issues are mainly beyond the control of council at present,” it adds.

Taking on the responsibility of maintaining car parks was a huge task for council.

And, in relation to this borough, it saw the biggest upheaval of all 11 ‘super-councils’.

The responsibility for off-street car parks transferred from central government to local councils on April 1, 2015.

Armagh City, Banbridge and Craigavon Borough Council took control of 51 off-street car parks  – 33 free and 18 paid – on this date, representing the largest transfer of car parks to any of the new councils.

Armagh I raised the issue of the management and performance to date – as well as the outstanding debts which have been run up.

A spokesperson told us: “The contract for the management of charged car parks still remains with the Department for Infrastructure (DfI) and an external company NSL. The contract covers all aspects of management including enforcement, cash collection, pay and display machines, penalty charge notice processing, adjudication service through the Northern Ireland Courts Service and debt recovery.

“Debt recovery is a service provided by the DfI, given that they have access to DVLA records and other data required to identify the owners of vehicles and pursue them in respect of outstanding debt.”

The spokesperson confirmed that the council is in discussions with the Department regarding this matter, but reiterated that “responsibility for debt recovery rests with DfI”.

They confirmed that all recovered debt owed to the Department as of April 1 last year will be paid to the council.

And, for motorists who think they may have escaped not paying up, the spokesperson confirmed: “All outstanding debt will be pursued.”