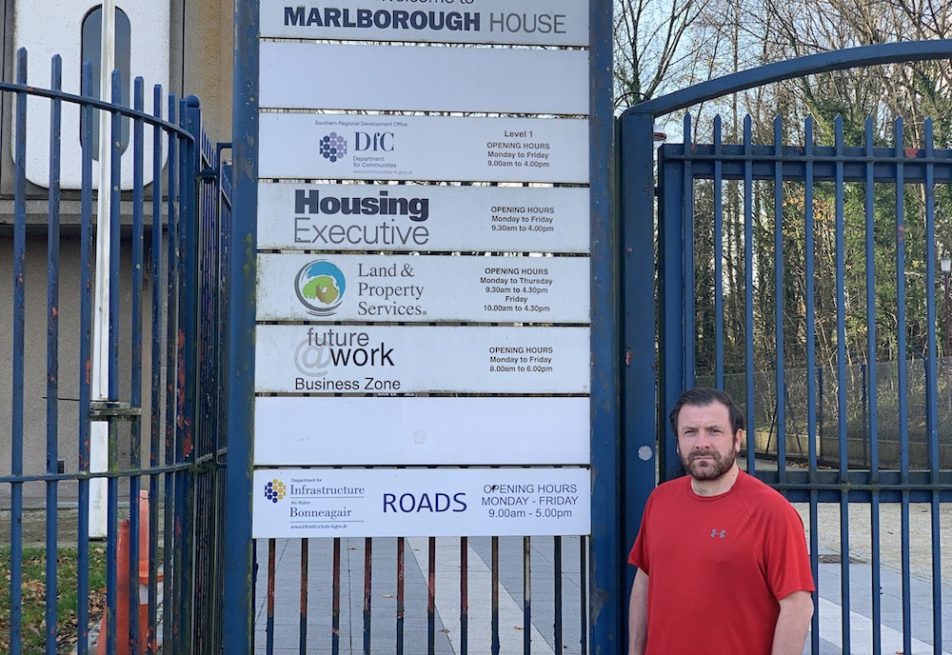 The Housing Executive will inspect hundreds of shower units at properties in Co Armagh following a distressing incident in Belfast recently.

A young mum, Brogan Delvin, who is seven months pregnant was left traumatised and homeless after a shower in her housing Executive home caught fire last month.

Following the incident, a Housing Executive spokesperson said they have met with manufacturers, Triton Showers, and that they have already checked over 2,300 of the shower units, with thousands more to be checked.

Speaking to Armagh I, Councillor Larkham said: “I have received a number of phone calls from local
residents in the Craigavon area who are very worried about their own shower units.

“They learnt through social media that a Triton shower unit may have overheated at a property in North Belfast
and are now very frightened to use their own shower.”

“I was contacted by one resident who said: We had a similar experience of our shower unit overheating shortly after it was installed. Despite having reported this on several occasions to the contractor nothing has been done to check the unit nor repair it.”

Councillor Larkham continued: “Over the past couple of days I have been contacted by a number of residents who are very worried about their own newly fitted bathrooms since the shower units are also the Triton Safeguard+ model.

“Some people have experienced difficulties since the installation of the new unit. It is essential that people’s fears are quickly addressed by the Housing Executive.

“Therefore, I have asked the Divisional Manger to quickly assess whether any properties in the Craigavon area have been fitted with this model manufactured from May 2014 to December 2016.

“Prompt action is required and in the meantime, I urge people to be vigilant and contact the NIHE on
0344 8920 900 and ask for an assessment to be carried out.”

A Housing Executive spokesperson said “We want to reassure our tenants that their health and safety is paramount.

“Following the incident last week, we have moved to identify potential showers that could be affected and over the course of the next weeks, we will notify those tenants whose homes have had these shower units installed from 2014 to 2016.

“This potential issue only affects a single, individual shower, the Safeguard + unit, produced from May 2014 to December 2016 and only causes problems in a very small percentage of cases.

“Engineers from Triton provide an internal fix for the shower unit on site so these units do not need to be removed. We will be contact with tenants, but if anyone is concerned they can check the shower unit themselves.”