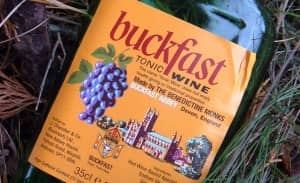 Police in Craigavon have reminded the public that ‘life goes on’ with a tongue-in-cheek social media swipe after the EU referendum result.

The PSNI have assured people that their role in fighting crime will continue – but they do it as only they can!

Posting via social media, the police say: “In response to yesterday’s vote results in which Craigavon unanimously and dramatically decided to secede from the rest of the world, we immediately set into motion ‘Operation Themuns’, setting a virtual wall of steel along our border with Lisburn.

“Checks are in place along the Lisburn border to ensure people aren’t bringing counterfeit Bucky across in an attempt to destabilise the ‘Lurgan champagne’ market.

And then the serious message that life goes on as they appeal for help to combat crime.

“You see, in many ways it doesn’t matter how you voted. We live in a country of comparative privilege. Life will go on, we will all have to get along, and unfortunately with that privilege, criminals will continue to try and capitalise on what you have worked hard for, and show zero regard for the rest of us.

“We will still be here doing our best to keep you safe. Keep phoning in suspicious activity. Let us know who’s dealing drugs in your area.

“Call us if you see someone getting into a car with drink on board. With your help, the results will keep coming.

“Oh, and if we’re really going to leave…let’s focus on winning a trophy off them first!

One person injured in RTC as loose bull is shot dead