Since April this year, some 3,475 planning decisions have been issued 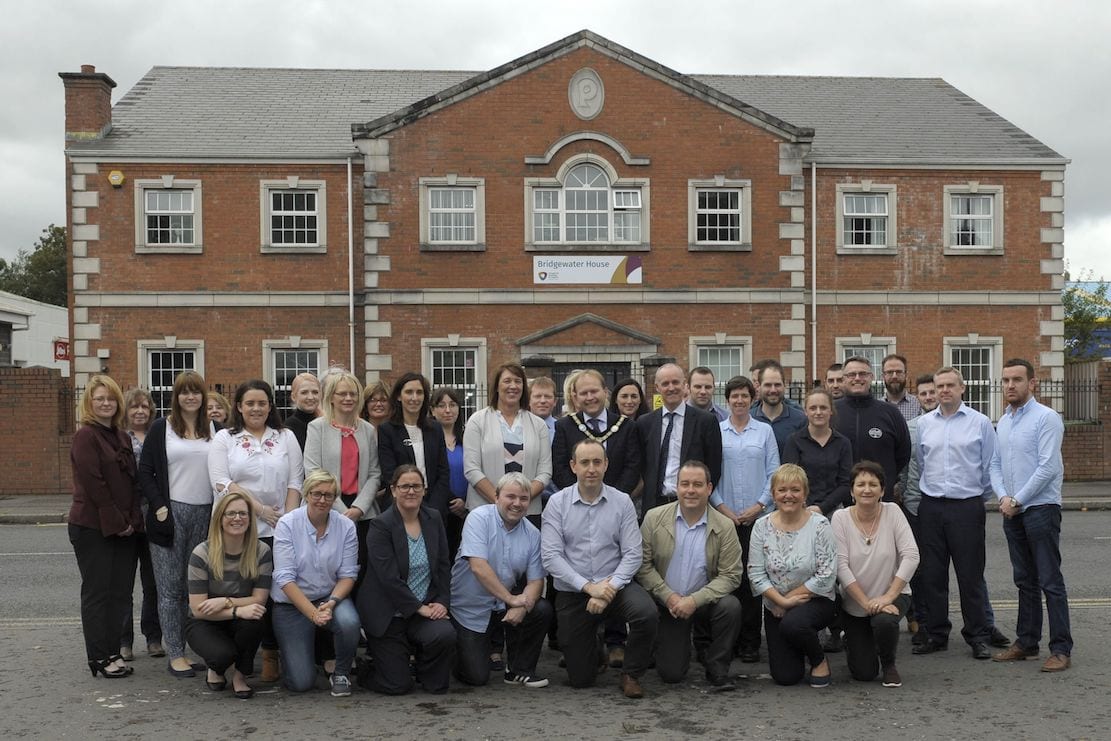 The Council’s planning department has upped sticks and moved out of Craigavon’s Marlborough House.

A majority of the 54 planning staff now occupy new premises at Bridgewater House on the Castlewellan Road, while a small number have a new temporary base in Newry Street.

For years, Marlborough House was the well-known and recognisable home of Planning, however, the move allows Council to integrate it better with the planning committee which sits in the town.

Chair of the Planning and Regulatory Services Committee Alderman Freda Donnelly and Strategic Director – Position Sharon O’Gorman joined the Lord Mayor Alderman Gareth Wilson in welcoming panning staff as they embarked on a new chapter working in another part of the borough.

Speaking about the relocation and the significant contribution that the transferred function has made since it became a part of local government in 2015, the Lord Mayor said: “Having served as Chair of the Planning and Regulatory Services Committee in its first year, I’m delighted that the Planning team has now made the move to Banbridge where it can work closely with Committee members to support the borough’s continued growth.

“Planning is a highly valued department given the primary role it plays in the council’s place-shaping agenda.

“The move to Banbridge will enable staff within this department to further integrate into the organisation and forge stronger working relationships with their colleagues already delivering complementary services in this locality.

“As we go forward, I am confident that Planning will continue to do an exceptionally good job in delivering for the people of the borough by ensuring a correct balance between development and protection from its new base in Banbridge.

“Since April this year, some 3,475 planning decisions have been issued with approval granted for 95% of applications. Several major planning applicatons, which will bring in an investment of £15m to the borough, have been given the green light.

“They include a new food store in Lurgan, a park and ride facility in Portadown and a number of new residential developments.”

Members of the public can visit Planning at the main Bridgewater House premises on weekdays between 9.30am and 4.30pm. The office opens at the later time of 10.30am on Thursdays.

Alternatively, Planning can be contacted on 0300 200 7830 or via email planning@armaghbanbridgecraigavon.gov.uk