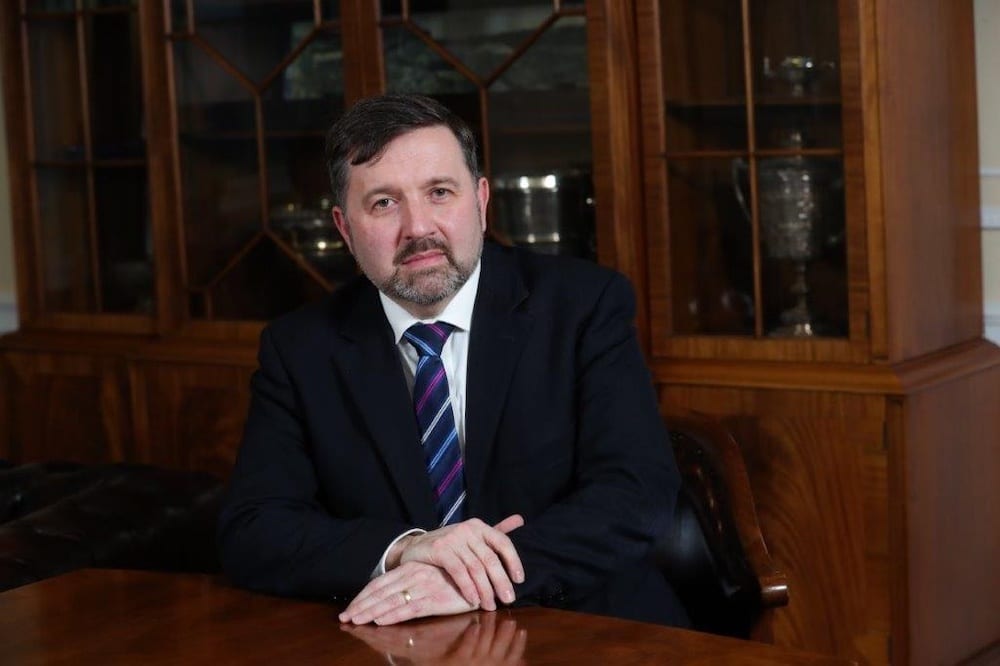 Two unionist politicians were told to have their “spat” later by the Lord Mayor of Armagh City, Banbridge and Craigavon Borough Council as tensions started to simmer at a Council meeting.

He informed members that after 142 days the Health Minister, Robin Swann MLA, had responded to his letter concerning attendances at funerals.

Councillor Causby noted how this reply had taken significantly longer than responses received to letters written to other Executive Ministers.

“I want to note the correspondence from the Health Minister,” said Councillor Causby.

“I do note that when we wrote to the Community Minister it took the grand total of 15 days for a response, the Education Minister took 12 days to respond. The Health Minister has taken 142 days.

“I want to note my disappointment at the length of time it took to get this response and the fact the response does not shine a light on any of the issues we raised at that particular time.”

The Health Minister’s party colleague Alderman Jim Speers said he was awaiting a reply from an Executive Minister himself and was sure it would come in due course but was “not counting the days like Councillor Causby”.

“The Health Minister was possibly a man that was dealing with the issues that maybe most people would think were slightly more important that replying to a letter which becomes outdated as events move on,” said Alderman Speers.

“Things tend to move on, maybe at a slower speed than any of us would like but they do move on.”

In response, Councillor Causby said he appreciated the Minister was very busy but said the matter that was raised in the letter sent in July was also very important.

“The letter addressed the issue that was raised with me by those who were not permitted to attend the funerals of those they love dearly,” said Councillor Causby.

“I think it is shameful that Alderman Speers proceeded to imply that taking up that issue with the Health Minister and his lack of response, was not appropriate, and insensitive in the very least.

“Things have moved on in the past couple of months but it has taken the Health Minister almost five months to address the issues raised with him in July.

“I can assure you had it been one of my party’s Ministers who had taken this long I would be raising it with them at the same time.”

Alderman Speers indicated he would like to reply to those comments saying he had heard Councillor Causby but would not listen to him all the time.

At this point Council’s Lord Mayor, Councillor Kevin Savage spoke over Alderman Speers and informed him the meeting was moving on.

“You can you have your spat later, I have moved on to the next item on the agenda,” said the Lord Mayor.