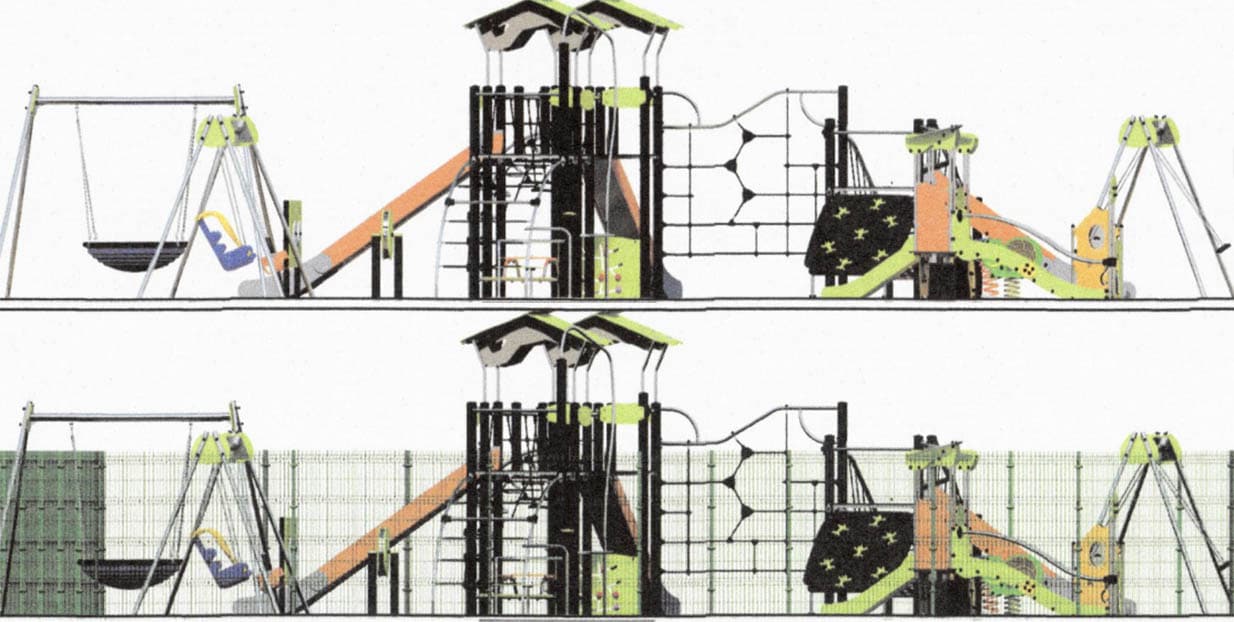 The application lodged by Council itself seeks to bring a new children’s play area to land approximately 60m north east of 32 Kernan Hill Manor and 15m north of the car park at Kernan Playing Fields.

Commenting on the application, Councillor Sam Nicholson asked if an eight piece play park was enough for the catchment area of the site.

“We have all had experience of play parks not being big enough and I just want assurances that officers are happy that what they are putting in now will provide for the houses that are currently there and will be there in the future,” he said.

“It is great that it will be fully accessible but I just want to be sure that there is a real opportunity to get the right play park in the right place of the right size to cater for local people.”

A planning officer confirmed the play park is designed to cater for a with a catchment area of 1,000m from this site.

Councillor Ciaran Toman noted the parking facilities at the site are currently heavily used and asked if officers were content there was adequate provision. He was informed parking is a material consideration, despite the park being designed to attract people arriving on foot.

“We know and expect people will arrive by car and barriers to the car park will remain open while this play park is open,” said the officer.

Councillor Declan McAlinden welcomed the proposal and told the chamber how it had become clear how important open spaces and public parks have become to the community.

The committee’s chair, Councillor Peter Lavery said he could see how the play park will be at the “centre of the spiders web of the cycle network” in the area and said it could become very busy.

Welcoming the proposal, Alderman Sydney Anderson said it was a “really good story for the families around the Kernan area”.

Alderman Kenneth Twyble welcomed the proposal but expressed some concern about the speed of traffic on the Kernan Road.

Councillor Paul Duffy said he agreed with all that had been said and welcomed the proposed development.

Cllr McAlinden then put forward the proposal to approve the application and this was seconded by Alderman Sydney Anderson with all in the chamber in agreement.

The decision to approve the application was taken a meeting of the planning committee on Wednesday, December 1 following a presentation from a council planning officer who told the chamber officers are content the proposal complies with the Development Plan and all relevant planning policies.

The application proposes eight pieces of play equipment, boundary fencing, bins and picnic tables. The overall play area measures 442sqm and a two metre high ibex weld mesh fencing and gate is proposed to be erected along the perimeter of the play area.

According to the planning application, the 0.045 hectare site proposed for the development is currently existing Council-owned green space and any surface water collected as a result of the development will be disposed of via porus bitmac.

The site comprises 0.05 hectares of grass land situated between the car park and public walk/cycle path to the north. The site is relatively flat and enclosed on the northern and eastern boundaries by sporadic trees while the western and southern boundaries are undefined.