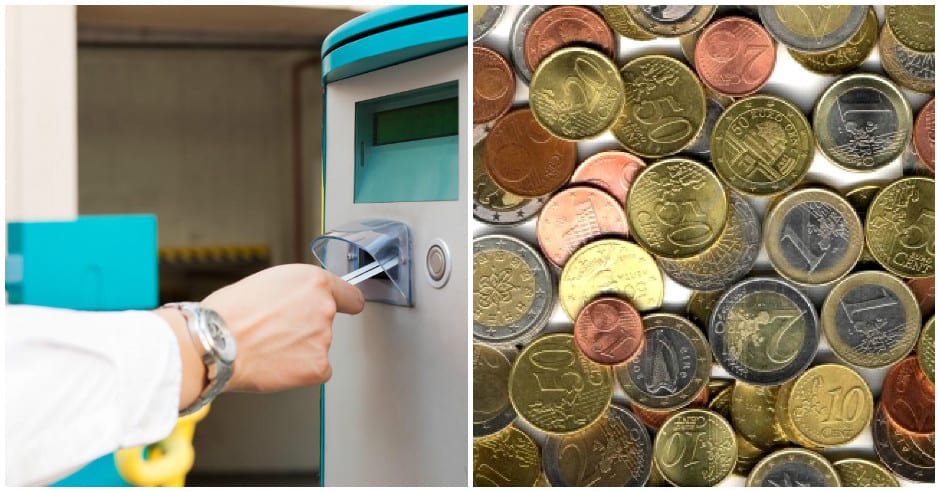 A request to investigate the possibility of ticket machines in car parks accepting Euro Coins across the borough was dismissed at a meeting of council this evening (Monday).

It is understood that earlier this month, the council’s Economic Development Committee agreed to look into this possibility while discussing free parking in the run up to Christmas.

He added: “I am astonished at the small mindedness of this approach, all I asked was that it be investigated and costed. As a councillor I can only make a decision when I am presented with the facts, costs and implications of any decision but to throw out the request to only look at the issue is unbelievable.

“I was prompted in this request when I approached by a man in Armagh City who was shopping in the city, he was from Monaghan.

“He was in the city to take advantage of the sting Euro, when he went to pay for his parking he discovered that he had no sterling and the machine didn’t accept Euro.

“He went into a shop, which accepted Euro, got change and by the time he got back to the car he had received a £90 fine for failing to pay and display.  This left a very sour taste in the man’s mouth.

“It was only last month that some councillors were lamenting the impact of Brexit, they were boasting that the carparks were full of cars with southern number-plates and now they’re sending out a message that your Euro is not welcome in our area.”

Councillor O’Hanlon concluded: ”This small mindedness is petty and pathetic.  It already happens in Newry, Mourne and Down so it’s nothing new, it’s not rocket science.  It’s was naked sectarianism at its finest and does nothing to support some of the struggling businesses across our council area.”

“The Unionist Councillors took exception to what I believe was a simple and well meaning request that investigations be made into the feasibility of being able to get current all car parking machines being able to accept Euro coinage,” said Mr McNally.

“The reaction by the Unionists was extremely disappointing and even could be viewed as a throwback to the past, when anything other than their perceived “norm” was dismissed.

“The message being sent clearly by them to visitors being clearly ,you are not welcome here.”

He added: “Many like myself have no doubt that with the increase of cross border traffic and footfall to our shopping areas in particular, having a facility that accepted Euro coinage for Car Parking facilities if costs to amend the machines were reasonable, could prove both attractive and beneficial.”

Ulster Unionist Glenn Barr, defended his position on the proposals.

“Quite frankly it was embarrassing what was going on in the chamber tonight,” said Mr Barr.

“You think back to the old pictures of MPs sitting on their phones, sitting sleeping, it’s no different to what some councillors were doing, sitting writing press releases, sleeping at the wheel during council business.

“It just looks like they were sitting trying to out-do each other.”

He added: “In terms of the economics, I supported the vast majority of the proposal for free parking across the Borough. A number of years ago it was the Ulster Unionist Party who brought that proposal forward at Banbridge District Council.

“It was actually the late John Hanna and myself who proposed the free parking and council would take on the cost of that in the run-up to Christmas. I am very proud that John Hanna’s legacy is being shifted right across the Borough.”

Mr Barr continued: “The fourth part of the proposal of Euro coins; it doesn’t take much of an investigation to look into whether our car parks accept Euro, there are none. What are the costs of adapting them going to be?

“When you go to other countries, you accept the currency when you go there. I was coming out of Dublin and I ended up going through the tunnel by-pass. I had no Euros on me and had to pay almost double the price just to get through there.

“If you’re going to Dublin you have to pay Euros into toll booths, so I don’t see why people coming from the Republic of Ireland or elsewhere don’t pay in sterling. It’s thesame with the Euro tunnels when you come into the UK so why should it be different here?”