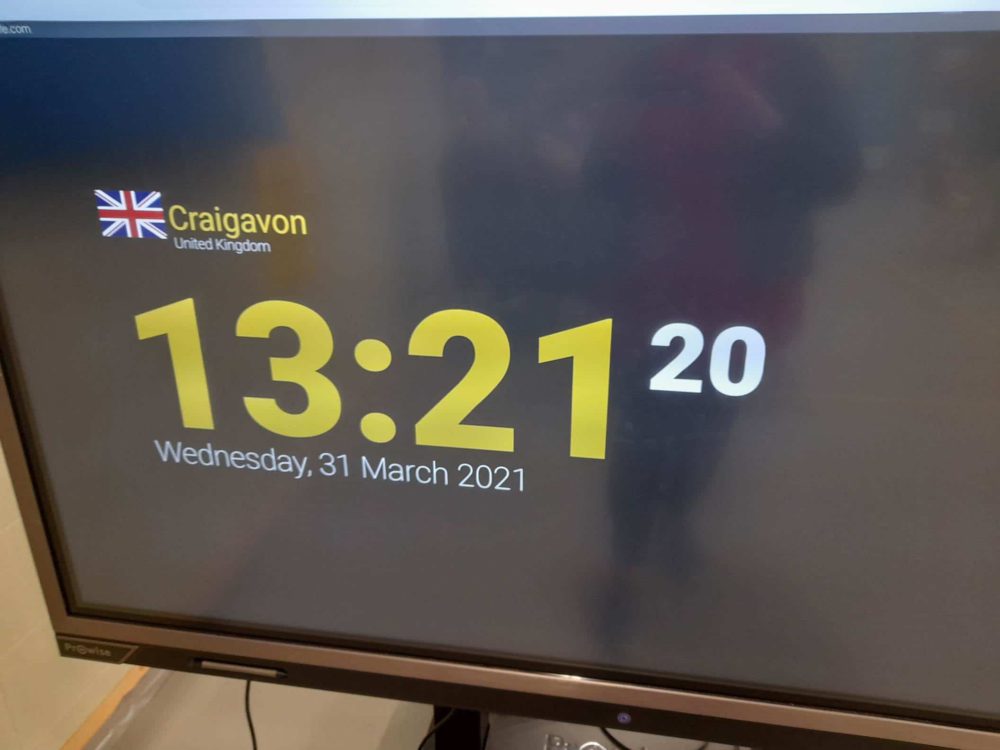 The Southern Health Trust said they have removed a small Union flag from a TV screen displaying the time in its Craigavon vaccination centre “in the interest of providing a neutral venue”.

The issue of the flag on the TV screen in the South Lake Leisure Centre was brought to the attention of staff by a member of the public.

As a result, the Trust have since removed the flag, which has brought criticism from Ulster Unionist Alderman Glenn Barr.

“I’m disappointed that someone who was getting the vaccine which is British made, was so quick to complain about a small Union Flag at the corner of a smart TV which was set up to play some background music and showing the time,” said Alderman Barr.

“The issue was raised to me by a concerned member of public who, like me believe this is pure pettiness i.e happy to receive a Covid-19 Vaccine financed by the British taxpayer but couldn’t sit and wait for it with a small Union flag on smart TV.

“I have raised my concerns with the Health Minister regarding this, this sort of pettiness happens all too often.”

A Southern Trust spokesperson said: “Concern around a clock setting displaying a small flag on a TV screen in the South Lake Vaccination Centre was drawn to the attention of staff by a service user.

“In the interest of providing a neutral environment, the clock setting has been removed from the TV screen.”