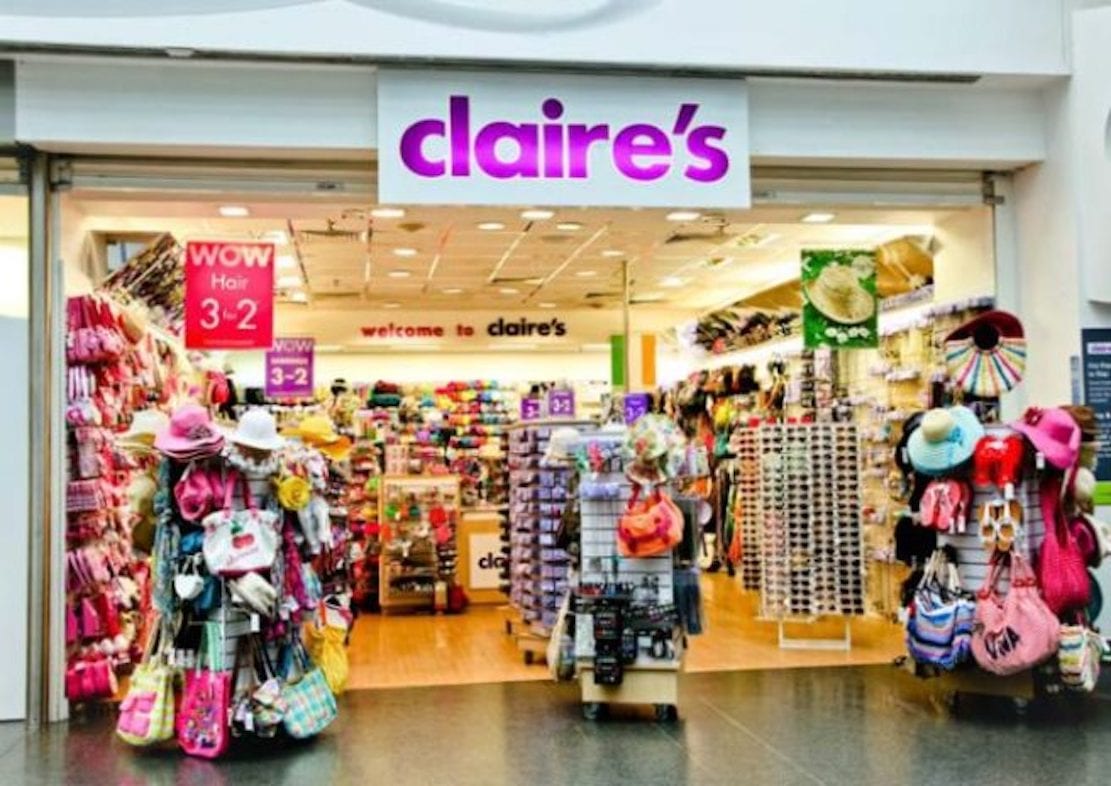 Fashion accessories retailer Claire’s is facing the threat of insolvency – placing the future of two local stores in Craigavon and Newry under threat.

The two stores – in Rushmere Shopping Centre and The Quays in Newry – are just two of 14 sites across Northern Ireland facing an uncertain future.

The Press Association (PA) said the High Street chain was talking to restructuring firms about “a number of options”.

However, Claire’s chief executive Ron Marshall told PA it had no plans for either a CVA or major store closures in the UK “in the foreseeable future”.

“Any stores we do close or open in the UK would be as part of our normal course of business,” he added.

The news comes just days after the chain’s US parent company announced that it had emerged from Chapter 11 protection after filing for bankruptcy earlier this year.