Civic buildings to be lit in red, white and blue after London terror attacks 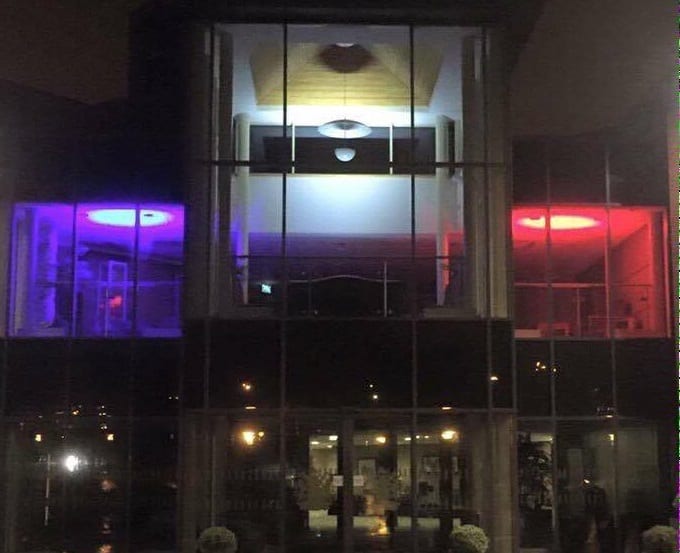 Civil buildings across the Armagh, Banbridge and Craigavon borough will be illuminated tonight as a mark of respect to those affected by the terror attack in London yesterday.

Four people died, including the attacker, which ISIS today said was one of its ‘soldiers’.

A total of 36 people were taken to hospital and seven remain in a critical condition after being mown down on Westminster Bridge.

The civic buildings will be lit in red, white and blue after the terror attack as a mark of solidarity.

A similar gesture was carried out after the terror attacks in Paris.

It is expected that books of condolence will also be opened to allow people to send messages of support to those bereaved, injured and affected by this barbarity.