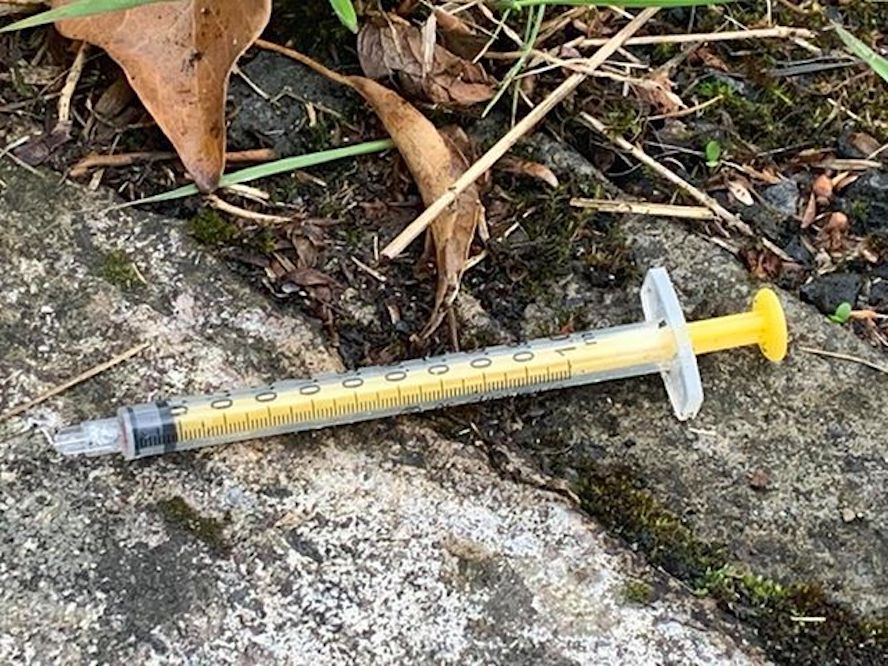 There has been shock and anger voiced after a needle and syringe were found at a bus stop in the Craigavon area.

The find, on Tuesday morning, was reported to local SDLP Councillor Thomas Larkham.

He condemned the “irresponsible actions” of the person responsible.

“Seriously, what if a child had picked this up?,” said Mr Larkham.

“It is very alarming that a syringe and needle was discovered by a member of the public at the bus stop in Pinebank.

“I contacted the PSNI and PCSP immediately and have had it properly disposed of.

“This is a very busy bus stop and black path network which is frequently used daily by walkers, cyclists and runners.

“There are local families and children that live no less than 100 yards from where this syringe and needle was found.

“It could have easily been picked up by one of these children or a passerby and it doesn’t bear thinking about what could have happened.

“This type of irresponsible behaviour has no place in our community and I would call on everyone to be vigilant and pass on any information on drug dealing to the PSNI.”