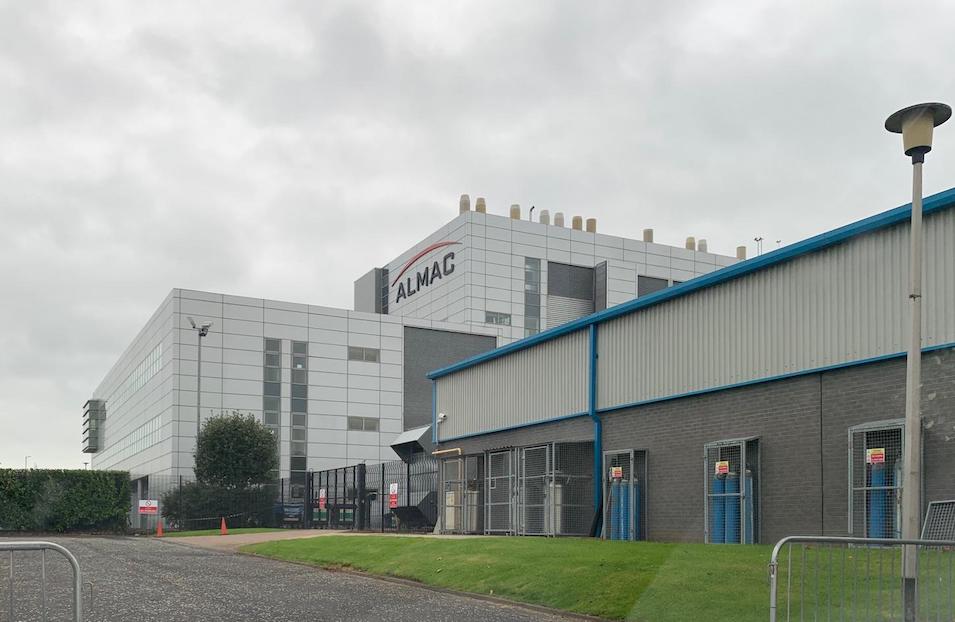 For planning officials are recommending the development – which Armagh I first revealed in April last year – should be allowed to proceed.

And it comes too at a time when a fresh application has been lodged for new catering facilities to accommodate the hundreds of workers on site.

Almac is one of the borough’s biggest employers and is known on a world stage.

A pre-planning application for the manufacturing facility was submitted first, indicating then an 8,000 sq metre pharmaceutical manufacturing building  within the Seagoe Industrial Estate.

The development would require unit 16 to be demolished, making way for the new-build in its place and on surrounding land.

The new pharmaceutical manufacturing building would also include storage, offices and staff facilities.

The existing site is described in the proposals as it stands as “surface car parking and access roads”.

The new facilities would bring the total floorspace to close to 42,000 sq ft and, according to the proposals, would see an additional 125 staff attending on a daily basis.

The intended development is to support pharmaceutical product production. This will include material handling, dispensing, blending, tablet compression and tablet coating.

The facility will make “batches of oral dose pharmaceutical products” such as tablets and capsules.

Council officials are satisfied that the manufacturing building should be allowed to go ahead.

And that is the opinion they will present to ABC Council’s planning committee on Wednesday, April 6.

Of course, it will be up to the councillors to decide whether or not to endorse the recommendation.

Planners now will also have a new application to consider by the pharmaceutical giant.

For fresh proposals have come forward for a new staff catering facility, together with associated site works to include alterations to the existing landscaping.

This development, if approved, would be located on “lands adjacent to Building 9, Seagoe Industrial Estate”.

It would stretch to almost 14,400 sq ft and, according to the proposals submitted to council, would be used by around 400 staff every day.

Drawings of the new catering building show, among other things, a large seating area, self-service kitchen and toilets.

That application is due to be publicly advertised this week.