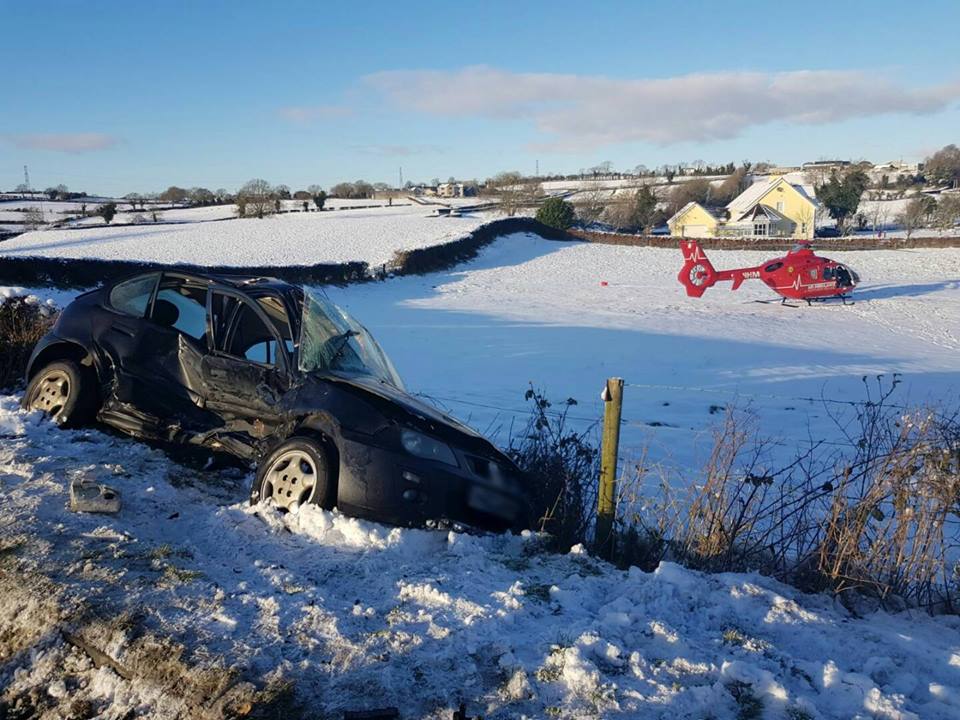 A man sustained a head injury after a road traffic collision in the Dromore area earlier today (Sunday).

The Air Ambulance had to be tasked to the scene after the incident, which happened on the Ballynahinch Road.

According to the PSNI, the driver of a vehicle had been unable to stop at a junction and was “T-boned by another vehicle”.

The PSNI praised colleagues in the Northern Ireland Ambulance Service for their role and said it was privilege again to have them working alongside.

The head injury sustained fortunately, according to police, is not life-threatening.

The collision also prompted the police again to take care on the roads given the freezing conditions.

The PSNI in Craigavon provided details and advice on social media, posting: “That’s how quickly your journey can turn into disaster. Whilst there was a head injury, he’ll be ok, thankfully. Having these guys on hand so quickly helped assure that.

“With the temperature set to drop again, what is already out there will freeze. Slow down, remember your stopping distance, and expect the unexpected, especially ice.”