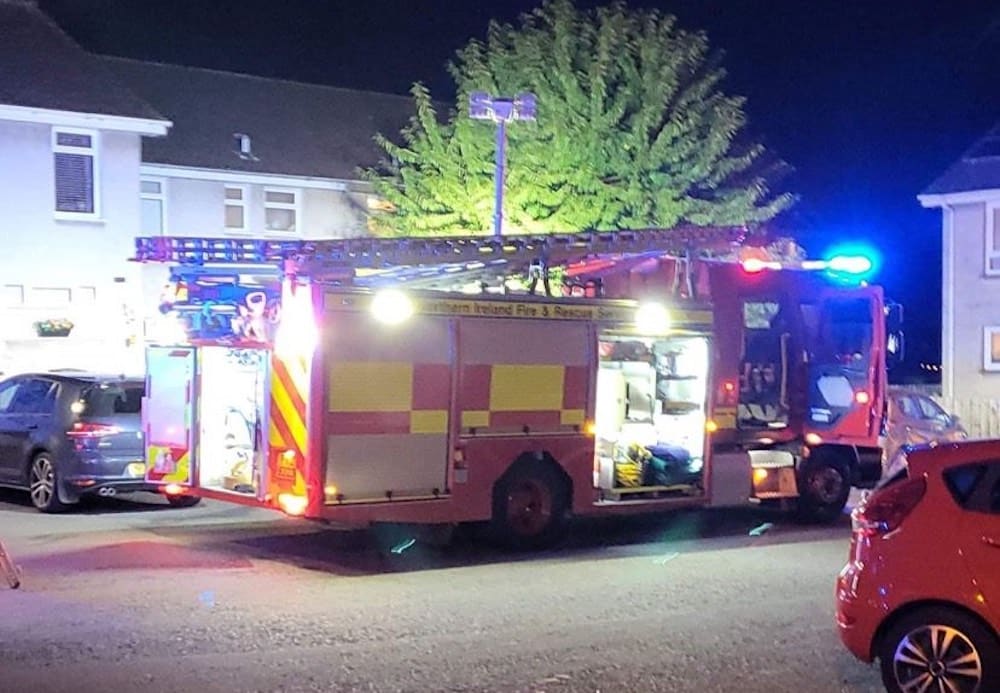 Residents in Craigavon are demanding urgent action on an abandoned property after it was set on fire on Sunday night.

The Northern Ireland Fire Service (NIFRS) were called to the scene at Clanrolla Park at approximately 9.45pm.

A NIFRS spokesperson told Armagh I: “Firefighters were called to reports of a derelict house on fire yesterday evening. Firefighters wearing breathing apparatus used one hose reel to extinguish the fire.

“The cause of the fire is believed to have been deliberate ignition and the incident was dealt with by 10.50pm.”

“Last night an abandoned property in Clanrolla Park was set on fire; rightly nearby residents are concerned,” said Councillor Nelson.

“Back in February I worked to secure the boarding up of this property due to ongoing anti-social behaviour. However, last night the property was accessed and set on fire.

“This morning I will work to further secure the property and will be in touch with NI Housing Executive and the PSNI to agree further action.

“If you notice activity at this property please phone it in immediately to the PSNI.”