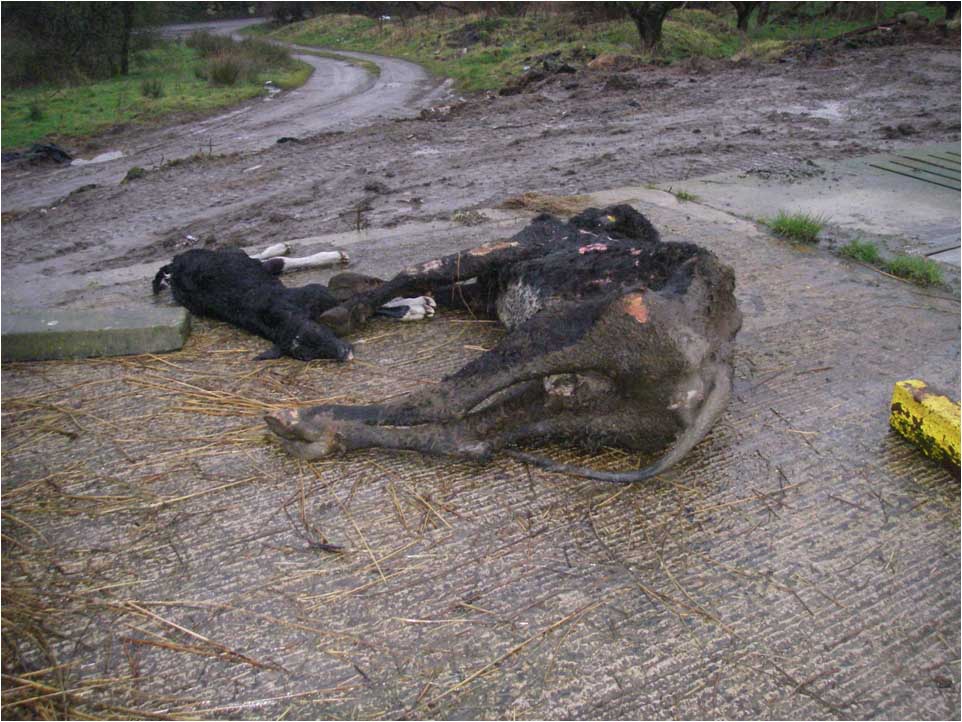 Veterinary officers found animals kept in horrendous conditions, unsuitably housed, and a number had to be humanely destroyed to prevent further suffering.

The details emerged at Armagh Magistrates’ Court this week, where a County Armagh famer was convicted of a number of animal welfare charges.

Robert McKeown, 55, of Cloveneden Road in Loughgall, was convicted of a dozen charges in total, and the photographs here show some of the horrific scenes which DARD Veterinary Officers discovered.

He was convicted of one charge, by reason to act or failure to act by him, of causing unnecessary suffering to two bovine animals.

He was additionally convicted of the following: * one charge of failing to produce his medicine records.

At the local Magistrates’ Court this week, the defendant was disqualified from keeping bovine animals for two years in respect of the Welfare of Animals Act 2011 charges.

He was given a conditional discharge for two years in respect of the other charges. The court heard how, following a complaint by a member of the public, DARD Veterinary Service staff carried out a number of welfare inspections on the local farm.

It was reported that officers found animals being kept in horrendous conditions, in unsuitable housing.

It was revealed that a number of animals had to be humanely put down to prevent further suffering. A number of improvement notices under the Welfare of Farmed Animals Regulations (NI) 2012 were issued to the farmer in relation to the conditions his animals were being kept in, but he failed to comply with them.