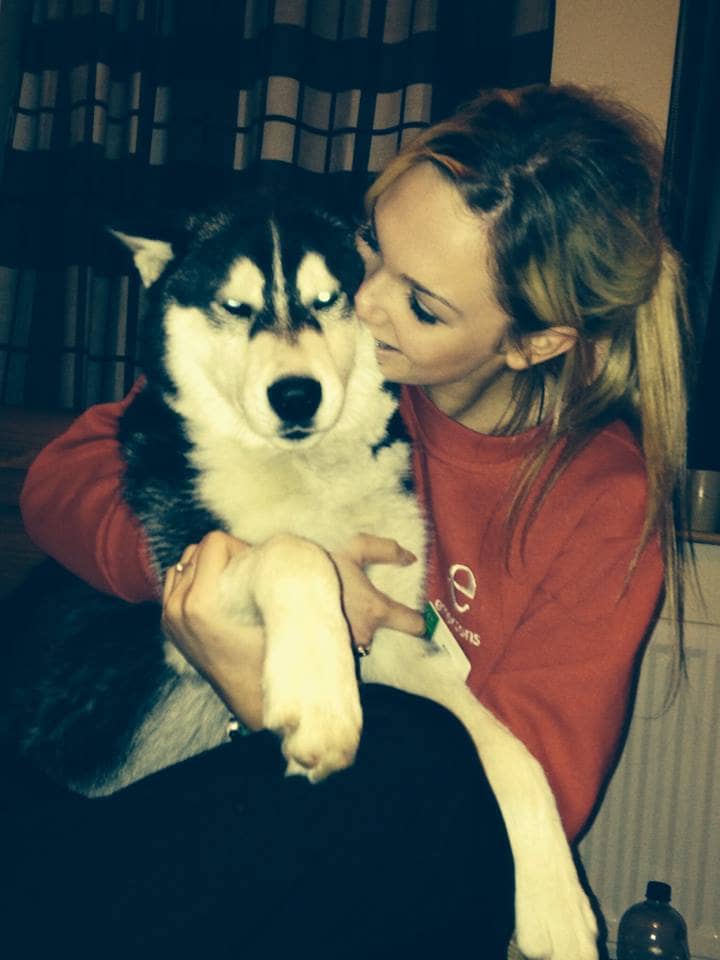 A local couple are absolutely thrilled this evening after being reunited with their much-loved pet after a direct appeal through Armagh I.

Bradley Collins contacted us to ask us to ask our Facebook followers to help find Bowe, their six-month-old Siberian Huskey puppy which went missing in the Benburb area on Monday evening.

As always we were happy to oblige.

We shared a photograph of the distinctive looking Bowe on Wednesday morning.

And, today, we received an email of a photograph from Bronagh and Connor Curran, who had seen our appeal, which we forwarded on to Bradley.

He was overjoyed at seeing their pet and, after work this evening, shortly before 6pm, he went to the Currans’ house to take Bowe home.

Girlfriend Aoife was working until 9pm and Bradley decided it would be a great surprise for her to return home and see Bowe back where he belonged.

Bradley told Armagh I: “When Connor came to the door when I arrived he shouted up to the dog and he sprinted straight down the yard and right towards me.

“We took him down the road and Aoife arrived with her dad.

“I went out and told Aoife to go upstairs and she just started crying her eyes out.

“Now she hasn’t moved from the dog all night.

“Thank you to Armagh I and everyone for their help. It’s great to have Bowe home.”

Picture: Bradley and Aoife with Bowe.