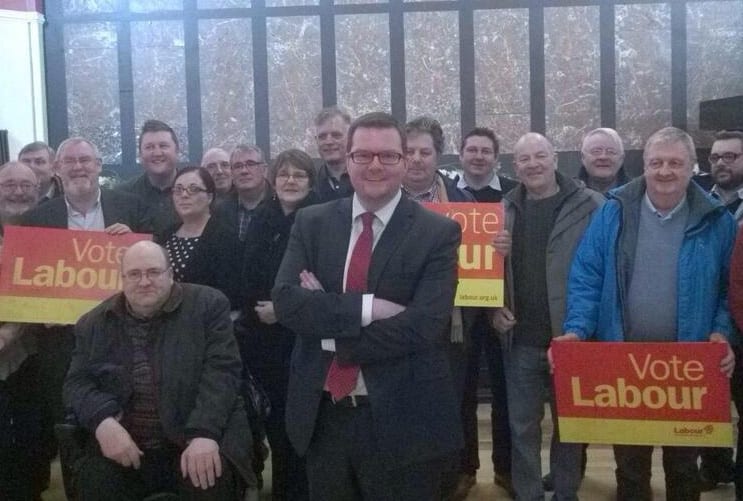 A county Armagh man has been chosen as the Labour candidate for St Helens North on Merseyside.

Mr Watts, who is Chair of the Parliamentary Labour Party, has been MP in St Helens North since 1997 and his majority is just over 13,000.

He has served on the National Executive Committee of the Labour Party since 2011 and, until being selected on Sunday, worked as a senior adviser to Vernon Coaker MP, the Shadow Secretary of State for Defence.

The former St Paul’s, Bessbrook student is a founding member of Eire Og London GAA Club and has worked with the vulnerable Irish since he came to England prior to going to work in Westminster.

Following the vote, Mr McGinn, a married father of one son, said: “I’m overwhelmed by the support, confidence and trust you have placed in me and I promise to do my best hopefully as the next member of parliament.

“I’m humbled by the confidence and trust placed in me by people in St Helens North. It’s a great place and I’ll be proud to call it my home.
“I’m proud too of where I come from and grew up in South Armagh, and very grateful to my family and friends from Camloch and Bessbrook who have been a constant source of support and encouragement.
“I attended St Paul’s High School and I can think of no better example to follow as an MP than what I was taught there – respect for others, always do your best, act with integrity, celebrate community and be ambitious about what can be achieved with hard work. Those things have stood me in good stead.
“This is an exciting new chapter for me and my wife Kate and our son Tomás.
“I hope to be elected to Westminster in May to represent and serve the people of St Helens North as their Labour MP.
“They will be my priority and I will work tirelessly on their behalf. And alongside that I will, of course, always be a friend to the the place I come from.”

Honoured to be Labour’s new candidate to fight for St Helens North & follow in the footsteps of my friend Dave Watts pic.twitter.com/oxhiBcUcq4