Councillor asks: ‘Why were roads not gritted?’ 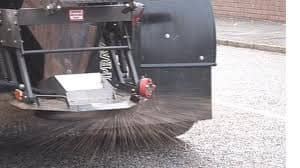 Councillor Thomas O’Hanlon has asked DRD Roads Service to explain why the roads in rural Armagh were not gritted on Sunday night and into this morning (Monday).

His comments come after numerous accidents reported across the city and district.

The Gosford Road at Markethill was closed following a two vehicle collision early today, with diversions in place.

“I was on the Tassagh, Newtownhamilton, Keady and Portadown Roads and they were extremely dangerous. I have taken a large number of calls from across the area, especially up around Derrynoose and Granemore.

“Motorists had rightly slowed down, but the roads should have been gritted and they weren’t and we need to know why and who took the decision that they were not to be gritted.

“What was most dangerous of all, many parents on the school run suddenly discovered that roads which are normally gritted were not and there were some near accidents this morning.

“Roads Service has an out of hours service and I had tried to contact them from 6.30am until just before 8am but could get no answer.

“I have since spoken with senior officials within the local office who will be following up my concerns in writing.  This simply isn’t good enough and we need to ensure that this doesn’t reoccur.”