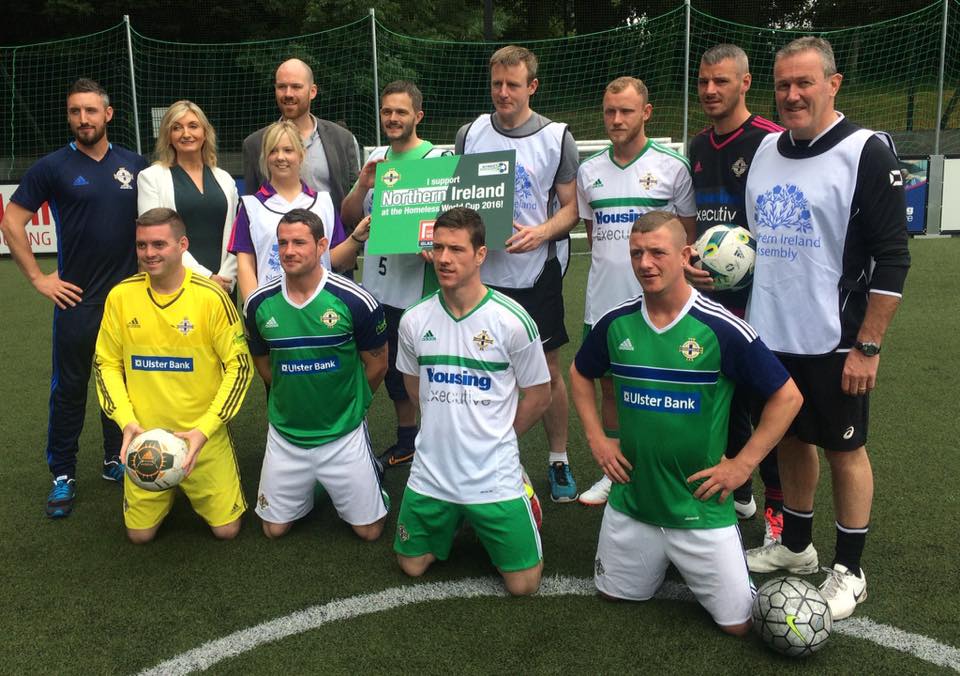 The scenes in France appear to have had a good influence on our local politicians, with manifestos briefly forgotten in favour of boots.

MLAs have put party differences to one side to take on the Northern Ireland’s hopefuls in this year’s Homeless Football World Cup. They took on the Street Soccer NI team who will travel to the Homeless World Cup, which is being hosted by Glasgow next month.

Catherine Seeley exhibited her sporting prowess by clawing a goal back for the MLA team during a pretty one-sided affair.

Speaking after the match Ms Seeley praised the work being carried out by Street Soccer NI.

“It is is absolutely phenomenal,” she said. “Street Soccer NI are giving the disadvantaged groups of society – such as the homeless, people with addictions, mental health issues, refugees, asylum seekers and the long term unemployed – a fantastically positive outlet through sport. “It was an honour to participate in today’s event and I wish the NI and Ireland teams the best of luck in Glasgow and hopefully the boys bring back some wins after the fantastic Euro campaigns we have been treated to recently.

“Sport is a fantastic vehicle through which we can bring people from all sections of society together.”

Northern Ireland will face the Netherlands in their first game on Sunday, July 10, at 3.35pm, while the Republic take on Lithuania at 3.10pm on the same day.