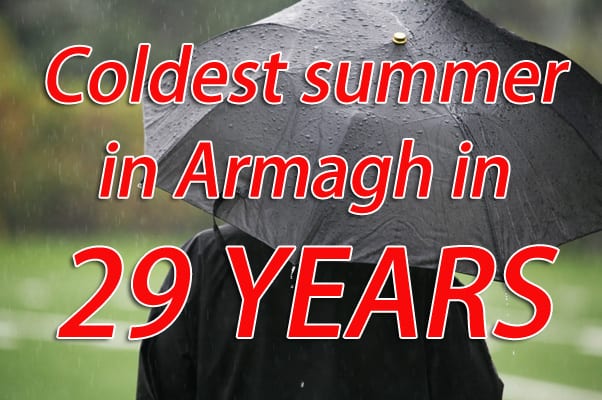 Armagh Observatory reports that August 2015 was rather cooler and wetter than average, but slightly sunnier.

Taking the last three months, which together represent the meteorological summer, this was the coldest summer at Armagh for 29 years, that is, since 1986.

Each of the last nine months at Armagh has been cooler than the corresponding most recent 30-year monthly average at Armagh.