Co Armagh man swindled out of cash in PPI scam 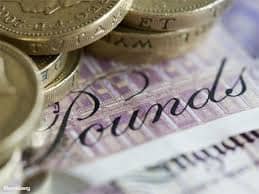 Police in Portadown are advising residents to continue to be cautious when dealing with unsolicited letters, texts, calls, or emails offering loans or to release money, refund fees, pay lottery wins, or give away holidays and prizes.
The advice follows an incident where a resident was contacted by a person who identified themselves as Alexander Gammie. The caller advised the resident that he worked for the government in relation to PPI and that he was due £3000.
The caller asked the resident to purchase a Ukash voucher for £300. The resident did this and passed the number on to the caller who then said he was actually entitled to £6000 and told the resident he would need another Ukash voucher for this amount. The resident purchased a second Ukash voucher and was told a cheque would be delivered in person the next morning. A cheque was not delivered.
“This was a  scam,” said a PSNI spokesperson, who issued a reminder of advice on dealing with such callers:
The public need to be vigilant and, if it sounds too good to be true, it normally is.
People are reminded that scammers are inventive and can be very convincing, however each scam has just one purpose – to tempt you  into dropping your guard.
Always be especially wary of any company or  individual that asks for money upfront, it is highly unusual for any legitimate company or organisation to demand a fee in order to release a prize.
Stop  and think – if you haven’t recently challenged your bills or bank fees then why  expect an offer of a refund? If you haven’t entered a competition for a holiday  or if you haven’t entered a foreign lottery, then how would it be possible for  you to have won a prize? If you haven’t inquired about PPI payments or personal  injury compensation, then why would someone be offering to pay it?
Guarding your personal and banking details is essential as well. Never disclose them to any unauthorised person. Your bank will never contact you  asking for account numbers, passwords or PINs.
If you have received a  contact of this kind or are concerned by the intent of unsolicited calls, emails  or letters then please report it to police on the non-emergency telephone 0845  600 8000.